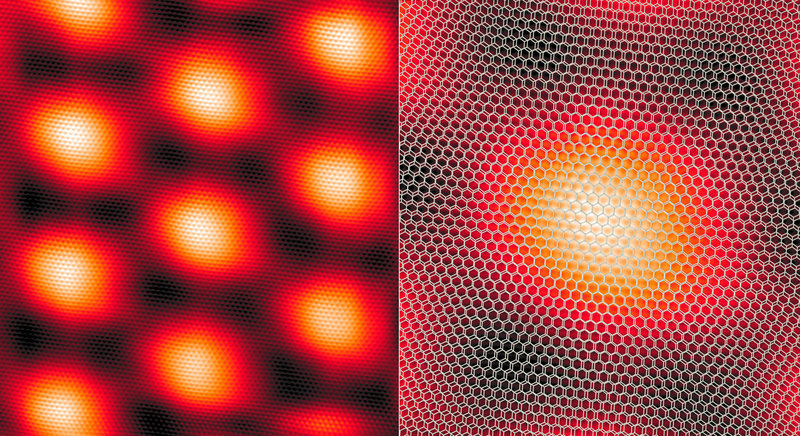 Recently, twisted bilayer graphene and other van der Waals materials stacked atop each other at a twist have been proposed as novel materials realizations of two-dimensional correlated physics that afford an unprecedented level of control. By forming a large Moiré supercell at small twist angles, a quasi-two-dimensional system with quenched and tunable kinetic energy scales emerges, thereby drastically enhancing the role of electronic interactions. New interacting collective phenomena emerge due to the formations of quasi-flat bands. In this project we combine large scale ab initio simulations with numerically exact strong correlation approaches to address the novel physical phenomena that emerges when using different stacked materials at different angles (unlike twisted bilayer graphene where the flat band appears only within a narrow range around a “magic angle”, twisted TMDs shows correlated states over a continuum of angles). For example we can look into 1D-2D cross over phenomena, the competition of superconductivity and electron localization phenomena, the formation of exciton condensates, and many more. Twisted bilayer systems are ideal model systems to study interaction-driven phenomena in flat bands with dynamically tunable interactions. Moreover, we are also exploring twisted bi-bilayer and multilayer heterostructures from graphene, TMDs, hBN, GeSe and other 2D materials. This project is closely connected with the experimental activities at Columbia University from the groups of Profs. Basov, Hone, Dean and Pasupathy in the context of the New York Max Planck Center on Non equilibrium Quantum phenomena.