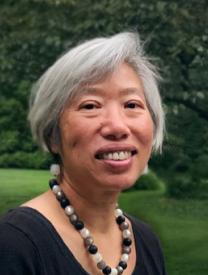 Physical networks such as mechanical spring networks or flow networks have no central processor so they cannot minimize a loss function in order to learn. An alternative is to encode local rules into those networks so that they can evolve under external driving to develop function. For example, if the springs in a mechanical network have equilibrium lengths that grow if the springs are stretched, and shrink when the springs are compressed, the network will naturally evolve under applied stresses. I will describe how global minimization of a loss function as well as training by local rules can be used to teach physical networks how to perform functions inspired by biology, such as the ability of proteins (e.g. hemoglobin) to change their conformations upon binding of an atom (oxygen) or molecule, or the ability of the brain’s vascular network to send enhanced blood flow and oxygen to specific areas of the brain associated with a given task, and how we can apply persistent homology to such networks to learn how they learned.

Andrea Liu is a theoretical soft and living matter physicist who received her A. B. and Ph.D. degrees in physics at the University of California, Berkeley, and Cornell University, respectively.  She served on the faculty of the Department of Chemistry and Biochemistry at UCLA for ten years before joining the Department of Physics and Astronomy at the University of Pennsylvania in 2004, where she is the Hepburn Professor of Physics. Liu is currently Past Speaker of the Council of the American Physical Society (APS) and Past Chair of the Physics Section of the American Association for the Advancement of Science (AAAS). She is a fellow of the APS, AAAS and the American Academy of Arts and Sciences, and a member of the National Academy of Sciences.