The motor cortex has long proved a challenge to neuroscientists. Sensory neurons offer their secrets readily — they fire in response to specific colors, smells or sounds, for example. But what exactly excites neurons in the motor cortex has yet to be deciphered. Its job is to direct coordinated muscle movement. But to carry out that job, do motor cortex neurons encode something like muscle force, the position of the limb, or the limb’s change in position?

“There has been this tension since the late 1960s about what firing rates of these neurons relate to anyway,” says Mark Churchland, a neuroscientist at Columbia University, in New York City, and an investigator with the Simons Collaboration on the Global Brain. When writing the letter P, for example, the motor cortex might encode the direction of your hand at each moment in time. Or it might convert that high-level representation to a set of commands for muscles. “It has been unclear whether motor cortex is best described by the first description or the second,” Churchland says. “Some strongly believe neural activity encodes muscle activity, others some more higher-level parameter like velocity.”

The debate has proved hard to resolve because neural activity sometimes seems to correspond to muscle activity and sometimes more closely resembles velocity, how fast the limb is moving. Muscle activity underlying even a simple task, such as reaching for a cup, is fairly complicated: A given muscle may have more than one burst of activity, and different muscles have different activity patterns. The resulting plot of muscle activity over time would be complex. But a plot of velocity over time during the same task is quite simple — it starts at zero, when the hand is still, rises as the hand reaches, and falls again when the hand finds its target. “There is a central paradox in our recent data; if you look at individual neurons, they seem like they are doing a complex muscle-like thing,” Churchland says. “But the population as a whole looks like it’s doing something simple.”

Churchland contends that motor cortex neurons do indeed encode muscle activity, which makes sense given that motor cortex activity can create muscle activity via direct connections from the brain to the spinal cord. He is trying to figure out how and why the two often seem out of sync. He proposes that networks of motor cortex neurons sometimes look like they are encoding something other than muscle activity because they are striving to create ‘unambiguous’ motor plans. Unexpectedly, this often requires that neural activity be dominated by simple patterns, even if the output commands are themselves complex.

As an illustrative example, imagine tracing a figure eight in the air. As you trace the eight, your finger will hit the same point twice, once on the first sweep of the inner curve and again on the second. Now imagine that the pattern is not a physical trace of your hand, but an internal pattern of neural activity. That crossing point presents a challenge. Because the motor system generates its own activity, it can be considered a dynamical system, meaning that activity at one moment determines activity at the next moment. For the figure eight, activity would be the same at the cross point during both the first and second sweeps. Yet what happens next is very different. When at the cross point, how does the network of neurons ‘know’ what to do next?

Churchland proposes that the network must have some extra knowledge that removes the ambiguity at the crossing point. He suggests that the network accomplishes this by adding an extra pattern — in the case of the figure eight, stretching the two-dimensional eight into a three-dimensional shape such that the two swoops of the eight no longer cross in space. The resulting shape resembles the outline of a Pringles potato chip. “Neural networks do this when you train them; they naturally add a third dimension,” Churchland says. “They always have extra signals inside them that don’t resemble the final output but are necessary for the machine to work.”

The figure eight example highlights a general problem that motor cortex neurons need to solve — how to produce an activity pattern that creates the necessary output and prevents these potentially confusing cross points. Churchland has dubbed this process disentangling — adding extra dimensions to disambiguate the network’s activity. “We predict neural activity should look like muscle activity but be disentangled,” he says. 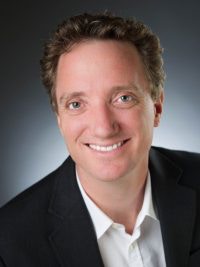 In unpublished work presented at the Cosyne 2017 workshops in Snowbird, Utah, in February, Churchland and collaborators showed that motor cortex neurons are dramatically less tangled than muscles. As a population, these neurons avoid the ambiguous crisscross state. “We have a measurement that tells us if there are points that cross,” Churchland says. “We can ask whether two similar patterns of activity are followed by dissimilar future patterns of activity. This happens all the time with the muscles, but essentially never happens with the neurons.”

Disentangling is a not a general property of neural activity, Churchland notes. Sensory neurons show patterns of activity that are quite tangled, as do neurons in the visual cortex. That makes sense, he says, because disentangling is unnecessary when strong external forces drive the system. “If I am just responding to outside world, the stimuli determine what happens next, so there’s no reason visual cortex should be disentangled,” he says. “We think it’s a signature of networks that generate their own activity.”

Visualizing how to disentangle a figure eight is fairly easy. But performing that transformation for other patterns is trickier. Churchland and collaborators have developed an algorithm that can disentangle any arbitrary pattern. Feed the algorithm a figure eight, and it will return a Pringles chip. Feed the algorithm real muscle activity data, and it spits out a sort of ‘hyperpringle’: patterns of muscle activity that are supplemented with other patterns in other dimensions. Those other patterns tend to be large and simple, vaguely resembling patterns of hand velocity. This potentially resolves the paradox that neural activity looks like muscle activity in some ways, but is much simpler in other ways, Churchland says. Indeed, the virtual neural activity the algorithm produces closely resemble activity patterns from real motor cortex neurons. “In my view, this is a modest but key step in resolving the debate over how neural activity in motor cortex relates to movement,” Churchland says.

The results highlight how a hypothesis based on the behavior of neural networks — the addition of new dimensions to solve problems — can predict and potentially explain the properties of real neurons. “There are some aspects of neural activity that simply don’t make sense without considering a mathematical theory of how networks function,” Churchland says.

Crossing the Divide: Defining Neurons by Both Genes and Function By Ashley Juavinett
Center for Computational Quantum Physics

Controlling the Complexity: Tuning Quantum Materials for Science and Technology By Mara Johnson-Groh
Plasticity and the Aging Brain

From the bioRxiv: A Selection of Recently Posted Papers from SCPAB Investigators and Others
Advancing Research in Basic Science and MathematicsSubscribe to SCGB announcements and other foundation updates
We use cookies to analyze web traffic and to improve your browsing experience; full details are in our privacy policy. Please agree to accept cookies from our site.AGREE