The fellowship provides space, resources and a community for nurturing, building and remixing inspired projects that build connections between emerging research and society.

New terms begin on December 1, 2017. Applications for these terms are now open. Find more information about the program and how to apply here.

Below is the class of fellows for the current term, which began on September 1: 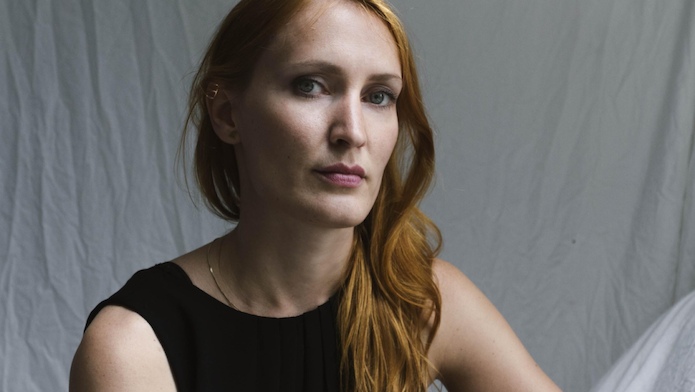 Ornella Fieres studied conceptual photography in the class of Prof. Martin Liebscher and theory of perception in the class of Prof. Dr. Hans Zitko at the Hochschule für Gestaltung Offenbach. She now lives and works in Berlin where she is represented by Sexauer Gallery and is a board member of SALOON, a network for women in the arts. Her photography, video and sound works have been published internationally and shown in, among other cities, Los Angeles, London, Cologne and Berlin. 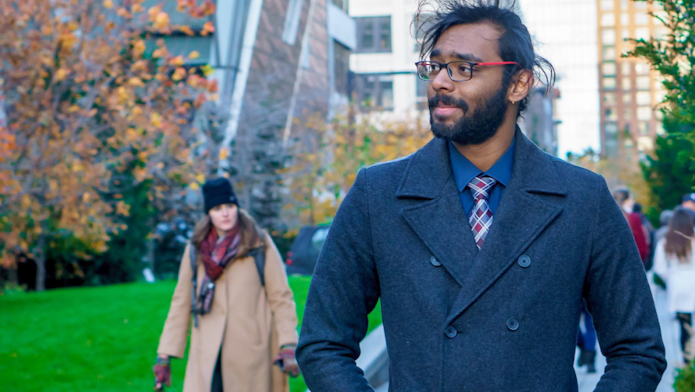 Abhiroop is an undergrad student at NYU who is passionate about blurring the lines between healthcare and technology. Where vast growth of technology has been achieved in the past century, the perspective of the healthcare system remains orthodox and inefficient. In an effort to enable the crossing over of the fast paced and flexible mindset of the tech industry, he is trying to target the visually impaired community and provide better and more affordable alternatives to the current white canes and guide dogs that they use to assist them. He is developing a simple, yet effective, Electronic Transport Aid device that would encompass ultrasonic sensors for object detection, and utilize haptic feedback to increase vision around users and minimize injury. The project has won best research at the NYU Tandon Summer Undergraduate Research program. Abhiroop intends to further the technology by building a sturdier prototype and eventually be able to work with visually impaired users directly to optimize the technology for their comfort. 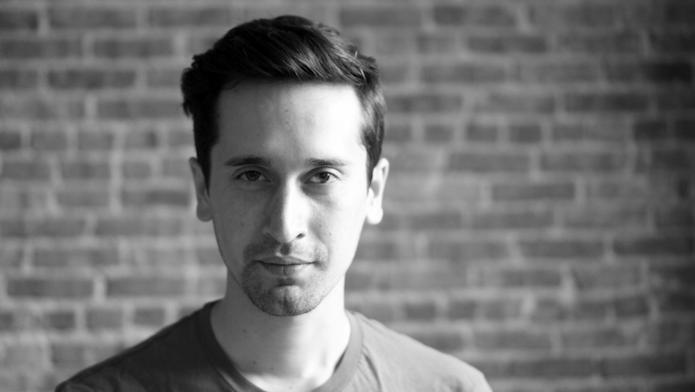 Aaron Nesser is a product designer working at the intersection of design, sustainability and biology. He is a co-founder of AlgiKnit, a biomaterial research group, and Remo Haptics, an early-stage wearable-tech start-up. He has exhibited internationally and speaks publicly about biology’s role in sustainable design. Aaron completed his master’s of industrial design at Pratt Institute and his bachelor’s of evolutionary biology at Beloit College. 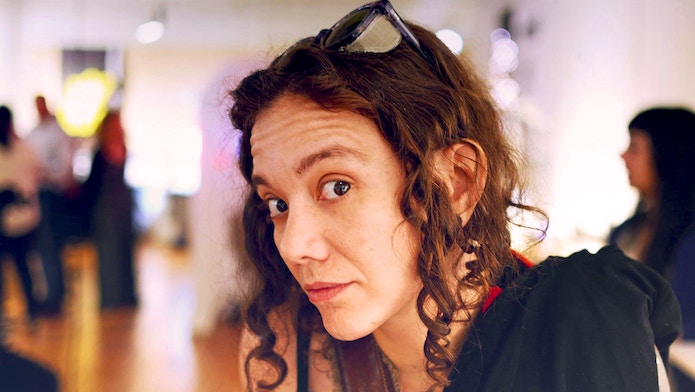 Hannah Mishin is a visual artist whose practice encompasses a variety of media. Originally trained as a painter, her work has evolved into a practice rooted in philosophical investigations, particularly how we physically receive stimuli and how those stimuli are calibrated in our consciousness. In exploring these concepts, her work has expanded to include computation and electronics as core components of her practice. She works to create objects, installations and interactions that challenge our understanding of the physical and psychological relationships of our senses and what stimulates them.

POISED (Parallel Optical Imaging SystEm Device) is a laser scanner, camera and projector that captures and projects images simultaneously. POISED will manifest as a unique panoramic image capture and display device in outdoor public places. It captures images using one laser, and, in real time, renders them with a second laser. POISED represents a merging of existing laser scanning and projection technical concepts reconfigured into a unique interactive experiential installation. 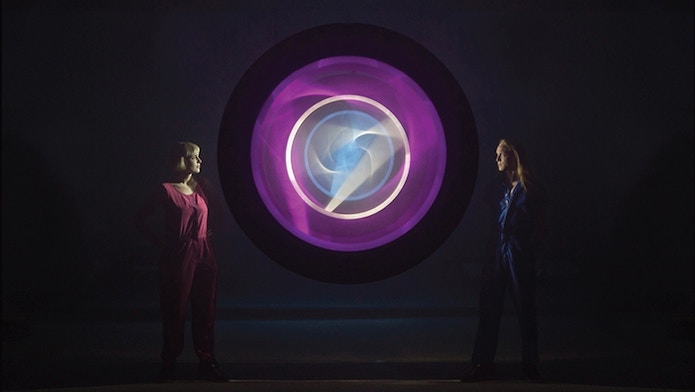 Kat Brice and Chris Lunney are artists who work with the mediums of light, sound, space and motion in order to create immersive experiences. Their recent projects aim to reveal properties of nature that often go unseen. Their most recent work is the liminal scope, an interactive display using the properties of space and light to create unique and shifting images. This work leads the viewer to become a participant and aims to manifest visceral, ethereal and introspective moments within mind and body.

Kat and Chris hope to use their time in the Science Sandbox @ New Lab Fellowship to delve into the world of Cymatics — the physical patterns created by particles vibrating in sound fields, creating a physical map of the auditory experience, and to create a finished art work around these concepts. 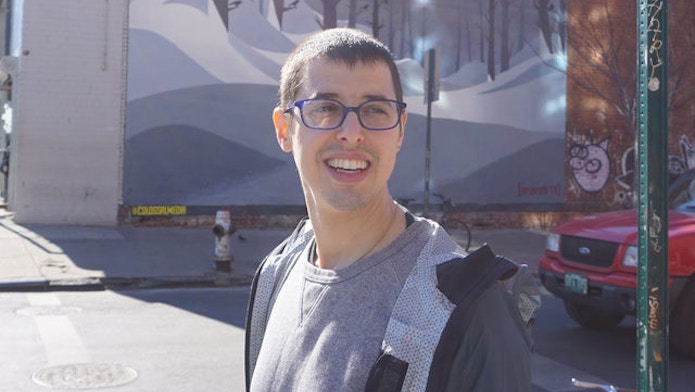 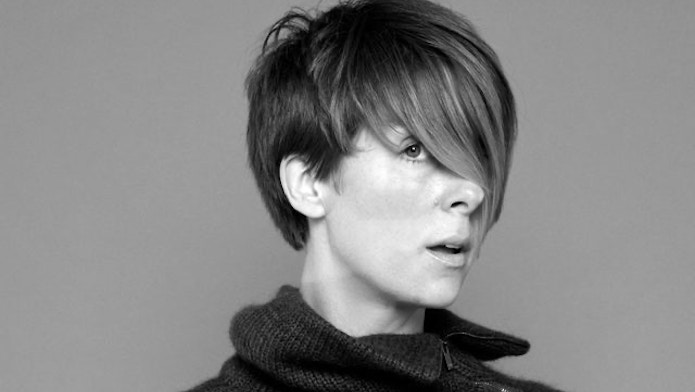 Through her work as a food technologist, experience designer, multimedia artist and educator, Emilie Baltz inspires meaningful conversations about how, and why, we consume. She is an award-winning author and public speaker and one of the founding members of NEW INC, an arts and technology incubator hosted at the New Museum. She is also a founding faculty member of the Products of Design MFA program at the School of Visual Arts and the founder of the Food Design Studio at the Pratt Institute. Baltz is the author of the award-winning “L.O.V.E FOODBOOK,” as well as the nationally featured cookbook “Junk Foodie: 51 Delicious Recipes for the Lowbrow Gourmand.” She lectures and consults internationally on the transformative power of sensory experience in the lives of creators and consumers. 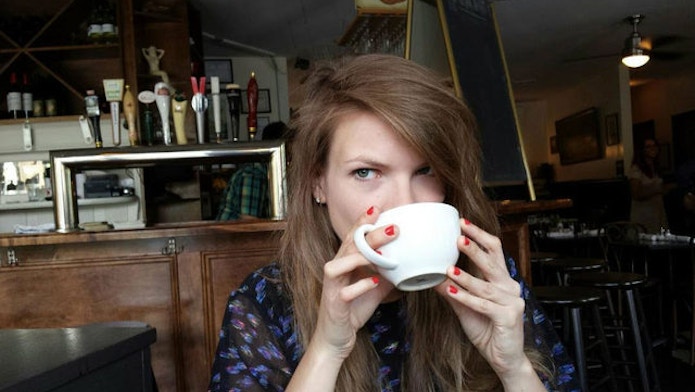 Samantha Cole is a freelance science journalist. After cutting her teeth as a newspaper reporter, she moved on to magazines and digital publications; her work has been featured in Fast Company, PSFK and Popular Science, and on Vice’s Motherboard. She’s happiest feeling the warmth of a distant rocket launch on her face or singing the praises of extremely weird fish species. 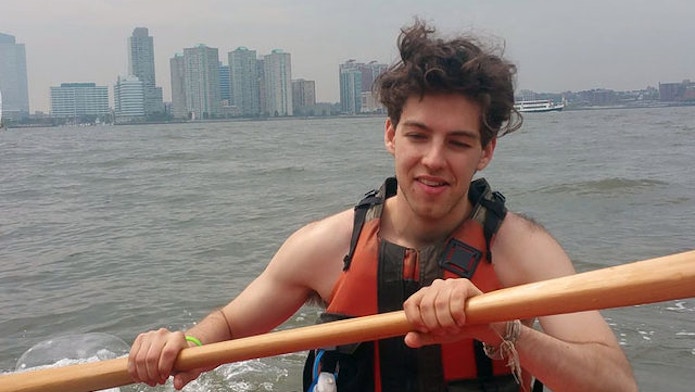 Grant Goldner is a New York-based industrial designer working at the intersection of design and the natural world. He looks to the functionality of nature to solve the challenges an ever-growing population poses to the planet’s natural resources.

Grant’s project aims to frame oysters, New York’s historic food, as a lens to trace the expansion of our city and the decline of waterway health. Part experiment, part sensory education, Harbor Food is a filtration tank that sits in the Hudson River and explores the possibility of growing edible oysters in polluted waters. The tank passively pumps water using rising tides and gravity through the filtration layers. The first layer contains oysters that remove toxins for layer two — providing potentially clean growing conditions for a second set of potentially edible oysters. 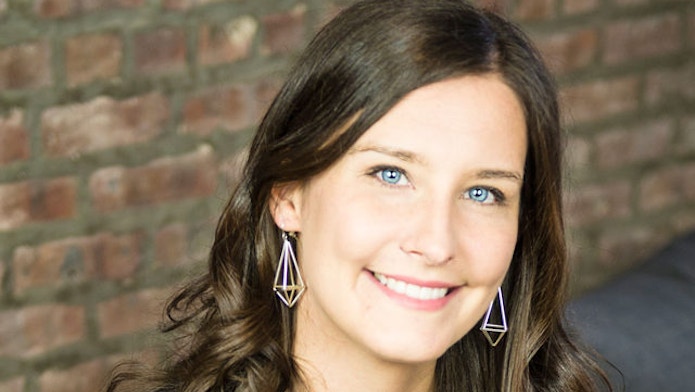 Jana Grcevich is a data scientist and astronomer whose academic work focuses on dwarf galaxies and interstellar gas. She has always had a strong interest in communicating science to the public and is the co-author of the forthcoming book “Vacation Guide to the Solar System.” She is working with the science experience organization Guerilla Science to develop a virtual-reality space vacation app. Recently she has become fascinated by natural language processing and other subfields of data science, with a particular emphasis on how they can be used artistically. She holds a doctorate in astronomy from Columbia University and completed her postdoctoral research at the American Museum of Natural History. 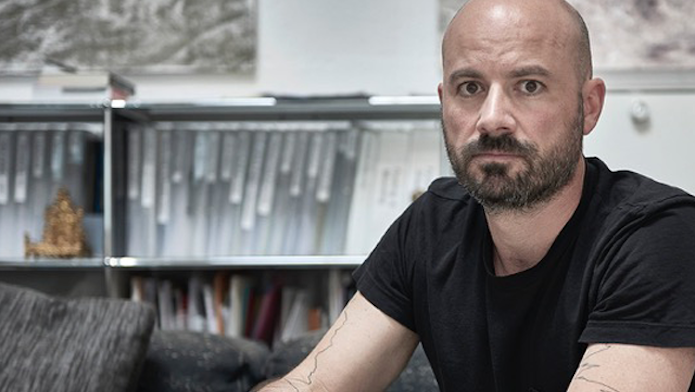 Justin Brice Guariglia is a contemporary visual artist who collaborates with philosophers and scientists to unearth the complexities of our rapidly changing world.

He uses varying materials, processes and scale to forge new ways of seeing and experiencing the world around us and personalizing the impact of the Anthropocene epoch.

Justin has created the After Ice app in conjunction with development studios Strange Flavour and second verse. Using New York City as a test case, the app explains the imminent threat coastal cities face as sea levels rise over the course of the coming decades. As part of Science Sandbox, Justin hopes to bring this app to version 2.0, as well as create a series of installation kiosks that will bring a visceral sense of place to the disarming insights illustrated by After Ice. 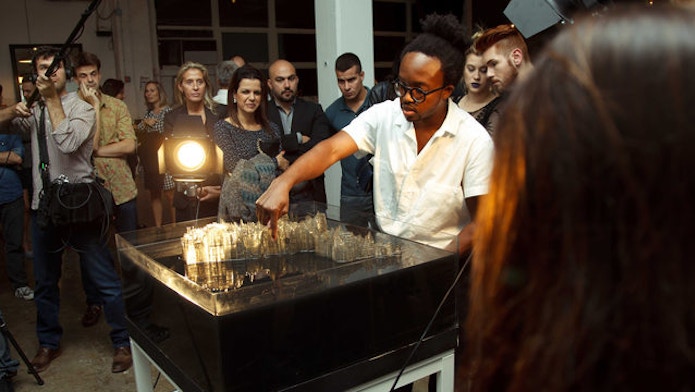 Ekene Ijeoma is an artist, a New York Foundation for the Arts fellow in design/architecture, and a member of NEW INC. He uses various mediums, including interactive media, to create socially conscious, data-driven artwork. Ijeoma’s work has been exhibited at galleries and museums including the Annenberg Space for Photography, the Neuberger Museum of Art, Storefront for Art and Architecture, the Design Museum, and the Istanbul Design Biennial. He has presented at events and spaces including New Museum’s IdeasCity, the Chicago Architecture Biennial, the International Center of Photography, the Neuberger Museum of Art, and Raleigh’s Contemporary Art Museum. Ijeoma has a Bachelor of Science degree in information technology from the Rochester Institute of Technology and a master’s degree in interaction design from Domus Academy. 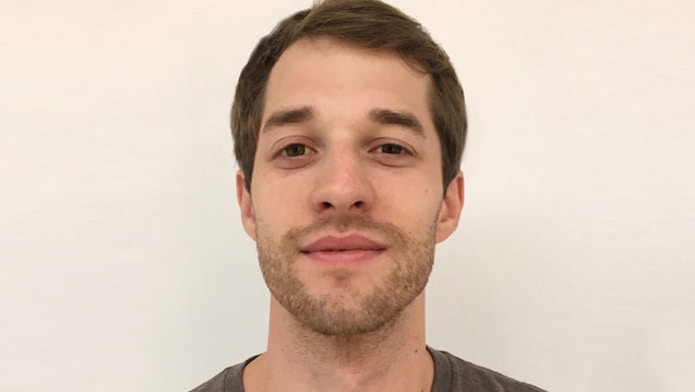 Charles Philipp is a producer and the co-founder of Micro, a fleet of 6-foot-tall museums that introduce people to fundamental scientific principles in locations where they least expect to encounter them. Founded in 2016 by Philipp and computational ecologist Amanda Schochet (also a Science Sandbox @ New Lab fellow), Micro brings together designers, scientists, storytellers and artists to squeeze the best parts of museums down into boxes that can go anywhere. 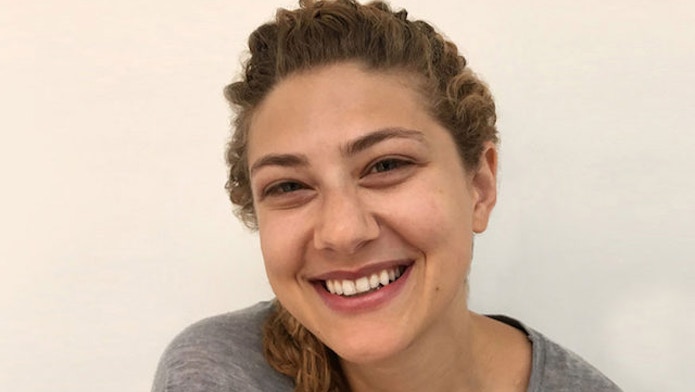 Amanda Schochet is a computational ecologist and the co-founder of Micro, a fleet of 6-foot-tall museums that introduce people to fundamental scientific principles in locations where they least expect to encounter them. Founded in 2016 by Schochet and Charles Philipp (also a Science Sandbox @ New Lab fellow), Micro brings together designers, scientists, storytellers and artists to squeeze the best parts of museums down into boxes that can go anywhere. Micro’s fleet introduces viewers to the core sciences, with a museum on a new topic released every six months. Its first museum, the Smallest Mollusk Museum, debuted in 2016 and is about to be released around New York City. The museum uses 15 exhibits, five screens, eight sculptures, three optical illusions, a giant hologram and a liter of slime to tell a story about natural selection and environmental systems spanning millions of years. Before launching Micro, Schochet worked with NASA and the Smithsonian Institution. 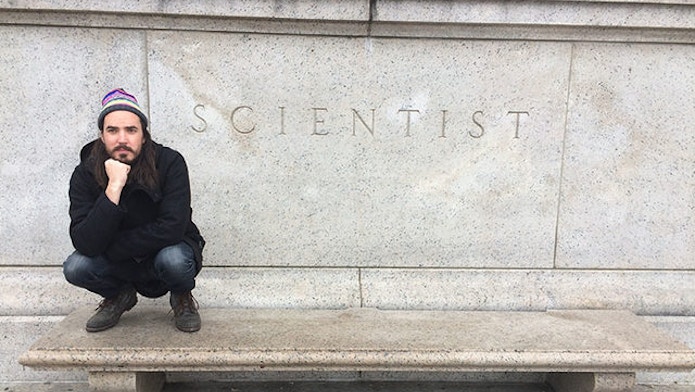 Campbell is a numerical weather prediction scientist for The Weather Company/IBM Research, where he helps build new models in environmental monitoring and remediation. He also applies machine-learning algorithms to weather models to help build IBM’s next step in automated weather forecasting. Campbell holds a Ph.D. in atmospheric science from the University of Melbourne (2013) and completed his postdoctoral research at Yale University (2013–2015).

For Science Sandbox @ New Lab, Campbell is installing weather stations at New Lab in the Brooklyn Navy Yard and at the Ace Hotel in New York City to augment data provided by national meteorological agencies and improve weather forecasts. Campbell is also working on his one-man show, tentatively titled “Storm in a LOGfile,” which interprets real-time weather simulations to impart the predictable and chaotic aspects of the atmosphere that surrounds us, and to explore the nature of simulation itself.

In Memoriam: Yuri Manin (1937‐2023) — View Our 2012 Feature on Manin, With Video of His Reflections on His Life in Mathematics
Sign up for Science Sandbox announcements and other updates
We use cookies to analyze web traffic and to improve your browsing experience; full details are in our privacy policy. Please agree to accept cookies from our site.AGREE