At first glance, the Sleeping Beauty problem appears to be a simple question about probability. But since being proposed 19 years ago by philosopher Adam Elga, the problem has incited passionate debate in the philosophy community.

In this talk, Peter Winkler will describe the famous thought problem about a dozy princess being awoken once or twice depending on the toss of a coin. Can it really be that the laws of probability do not provide a unique correct answer? Winkler will take a mathematician’s point of view while at the same time trying to elucidate the philosophical principles that the puzzle calls into question. He’ll describe the various camps in the controversy and examine their arguments. In the end, you’ll have to decide for yourself where you stand. 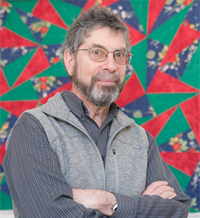 Winkler is the William Morrill Professor of Mathematics and Computer Science at Dartmouth College and is currently serving as Visiting Distinguished Chair for Public Dissemination of Mathematics at the National Museum of Mathematics (MoMath). He has authored around 160 research papers and holds a dozen patents in marine navigation, cryptography, holography, gaming, optical networking, and distributed computing. His research is primarily in combinatorics, probability, and the theory of computing, with forays into statistical physics. He is a winner of the Mathematical Association of America’s Lester R. Ford and David P. Robbins prizes. Winkler has written two collections of mathematical puzzles, a book on cryptology in the game of bridge, and a portfolio of compositions for ragtime piano. He’s currently working on a new puzzle book.