This image depicts the course of the 2016 Gradients Cruise. The research vessel Ka`imikai-O-Kanaloa traveled from Hawai’i, in the North Pacific Subtropical Gyre, north to the subpolar gyre and back again. The colors shown correspond to sea surface temperature as measured by satellite. Courtesy of Francois Ribalet of the University of Washington.

Merge models with field observations, warm water with cold, low-nutrient waters with high, the North Pacific Subtropical Gyre with the subpolar gyre, and the marine picocyanobacteria Prochlorococcus with Synechococcus — and the result is the 2016 Gradients Cruise.

From late April to early May, oceanographers onboard the research vessel Ka`imikai-O-Kanaloa, led by Ginger Armbrust and Angelicque White, worked to test the latest ocean ecosystems model from Mick Follows. All three are Simons Collaboration on Ocean Processes and Ecology (SCOPE) Investigators. Follows is a professor in the marine biogeochemical modeling group called the Darwin Project at the Massachusetts Institute of Technology. The Darwin Project — funded by the Simons Foundation, the Gordon and Betty Moore Foundation, the National Science Foundation and NASA — works to develop a large-scale global model for marine microbial communities based on models of ocean circulation, biogeochemistry and the associated communities of plankton.

Steaming north from its operational base in Honolulu, the ship, with its mixed team of experimentalists and mathematical modelers, traveled out of the warmer, nutrient-sparse subtropical gyre and into the cooler, productive waters of the subpolar gyre. The most interesting location for the scientists, however, was the transition zone, where the two gyres come together.

“We were on the edge of the gyres,” says Armbrust, principal investigator of the Gradients program. “We set up to explicitly test some of the assumptions and predictions that come out of the Darwin Project ecosystem model along the transition between the two gyres.”

The physical and geochemical components of the ocean simulations for the model have been around since the mid-1990s. Over the last 10 years, Follows’ group has been developing, extending and advancing the ecological component. “[The model] is continually evolving, so the predictions used for Gradients were based on our most recent iteration just prior to the cruise,” he says. 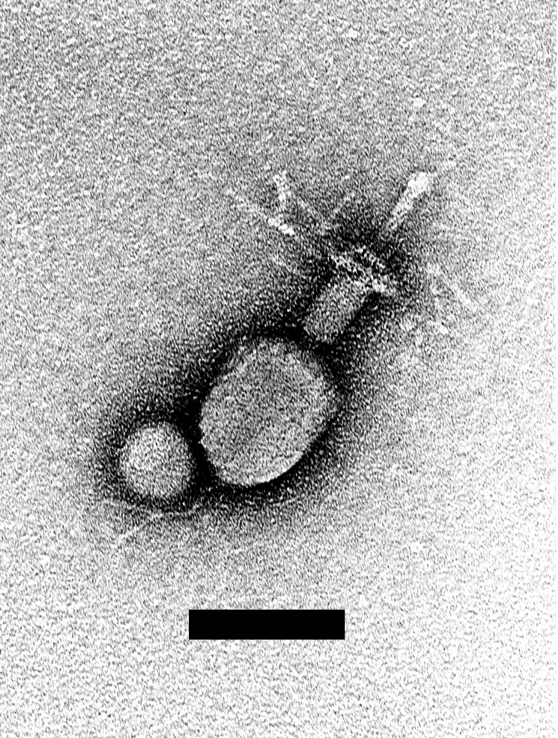 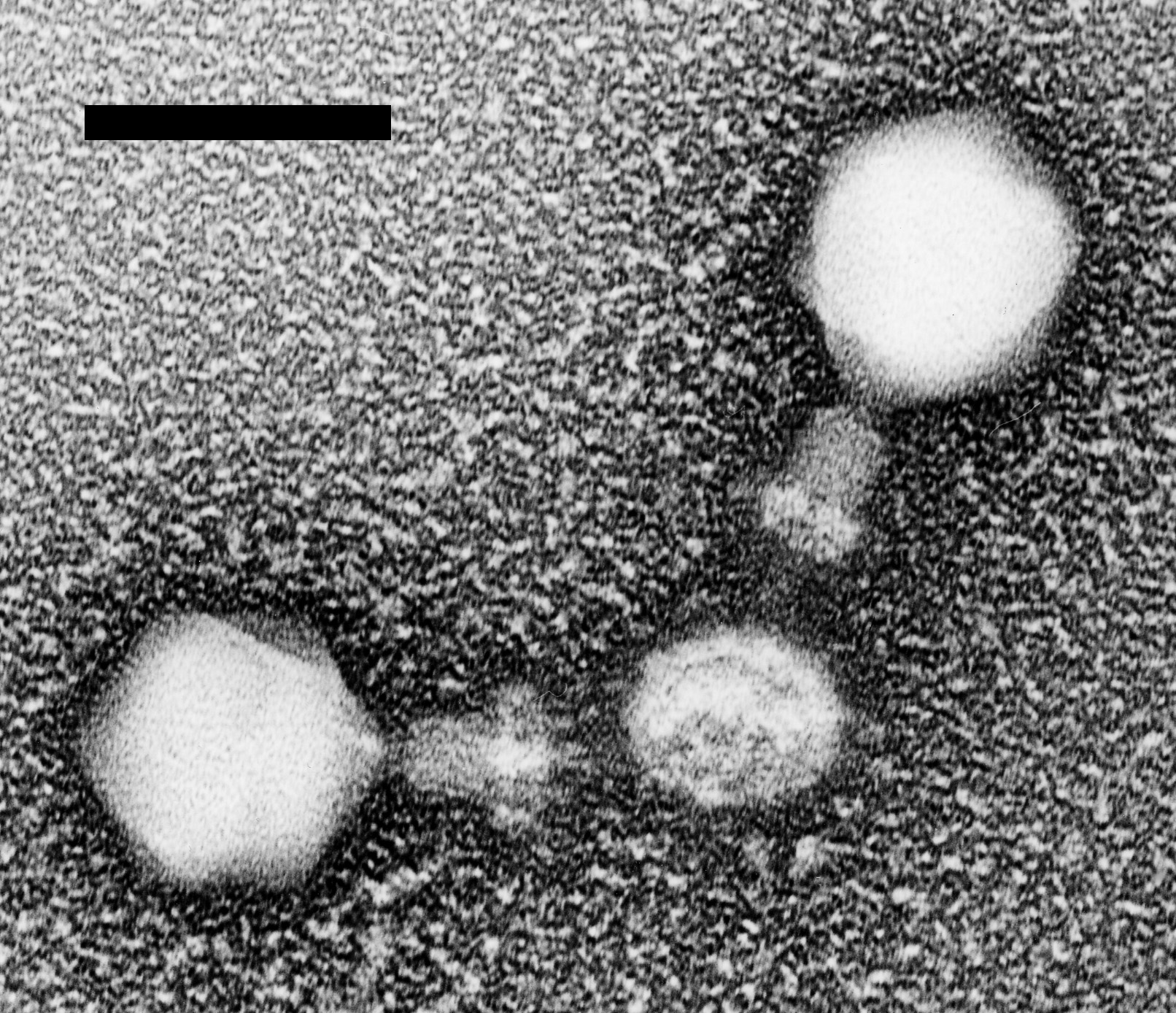 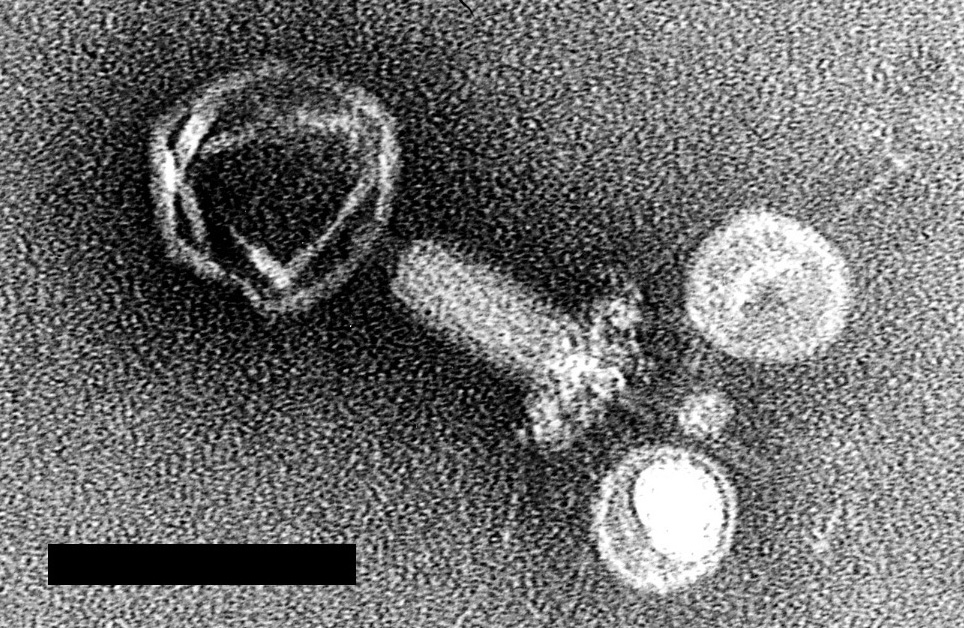 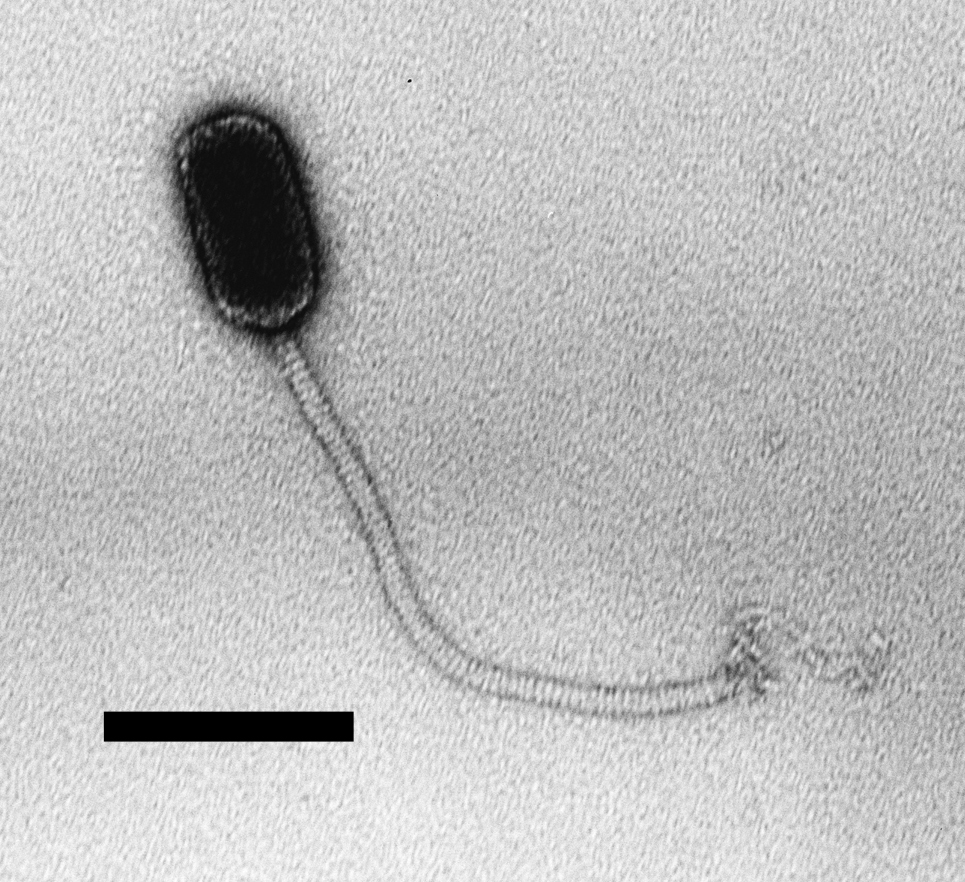 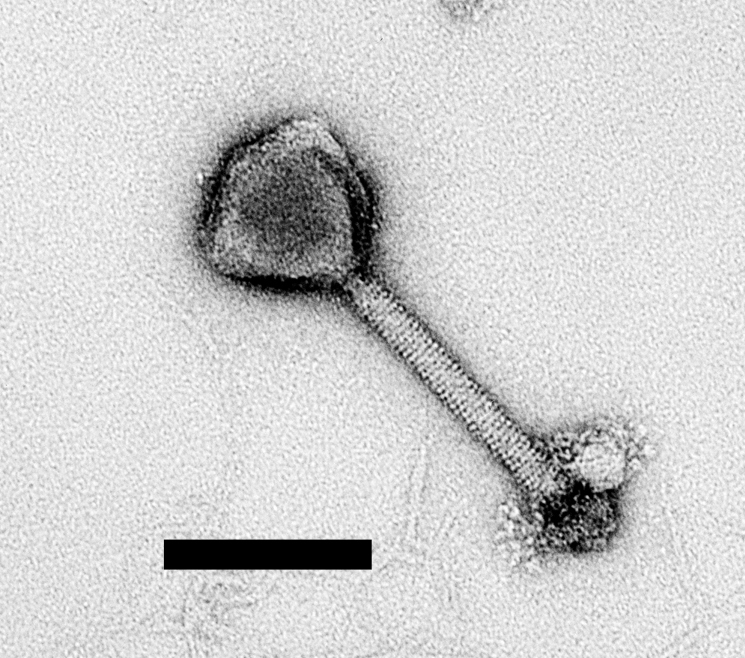 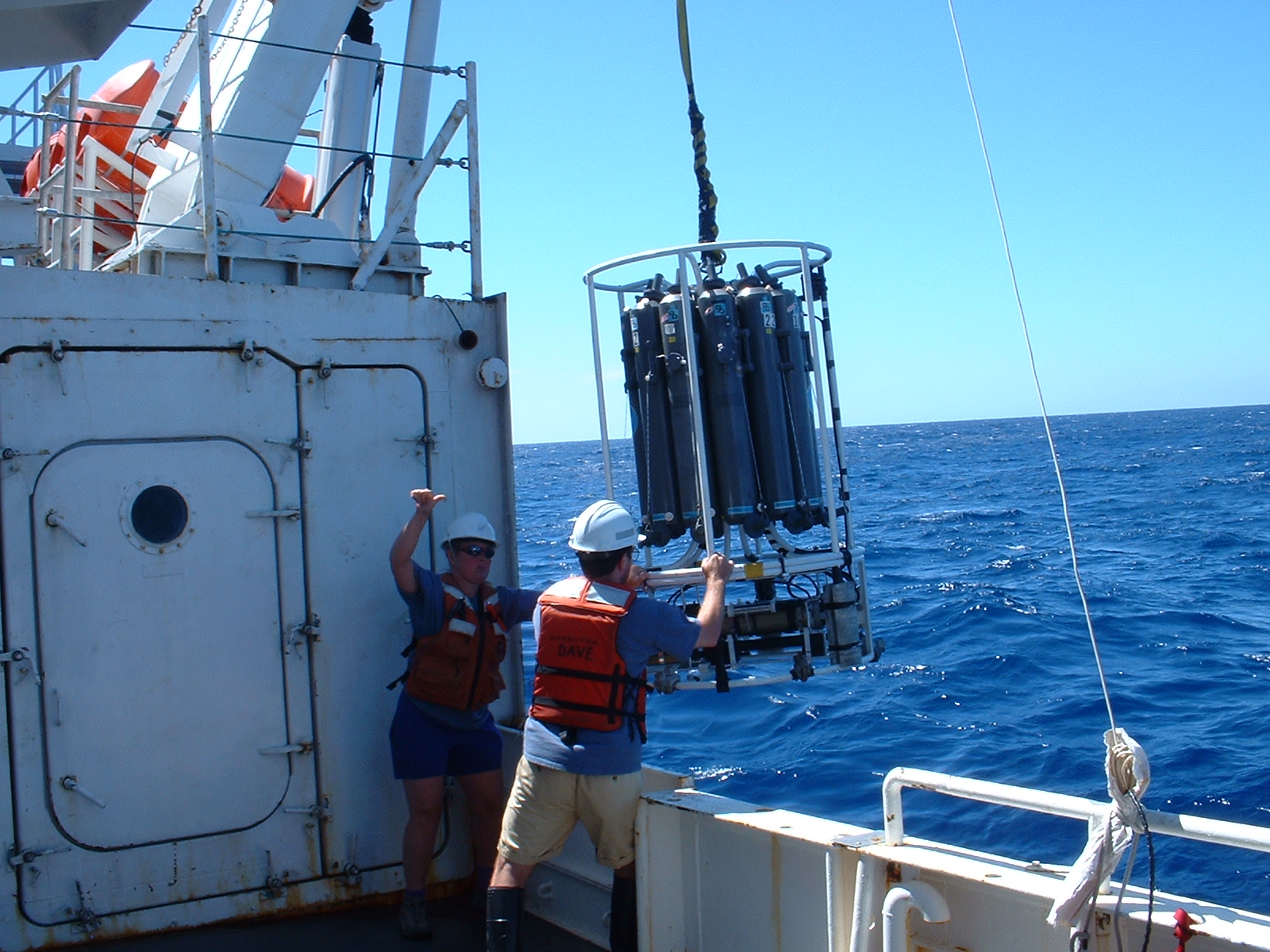 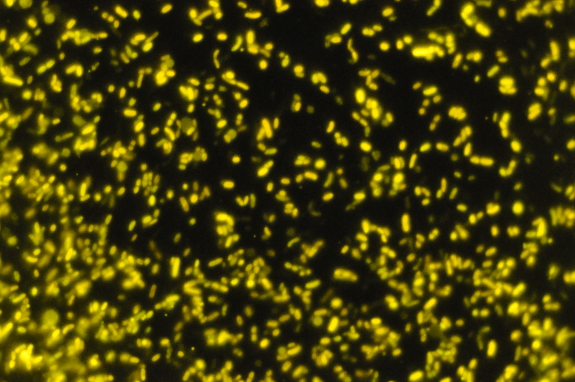 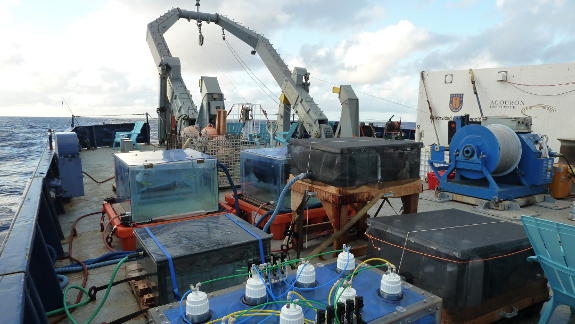 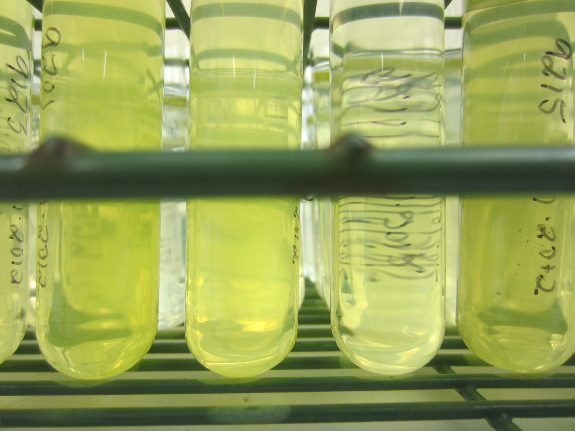 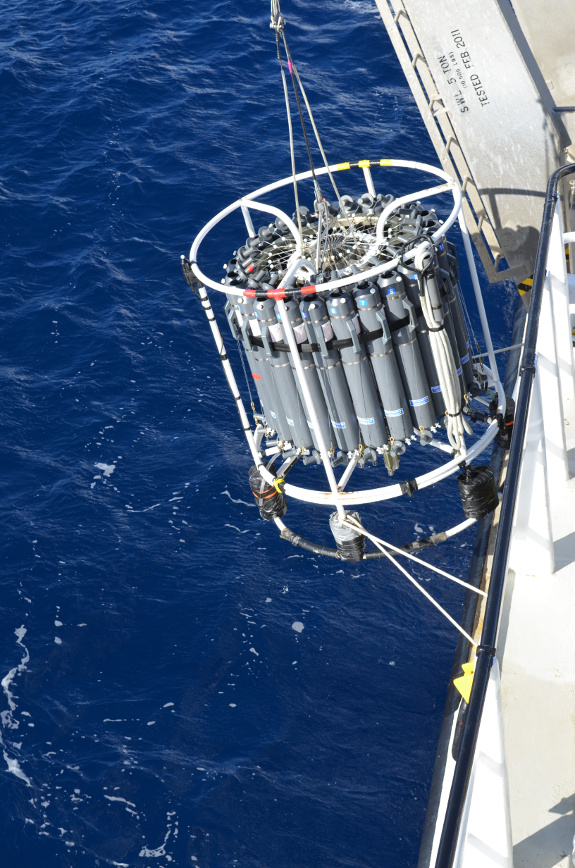 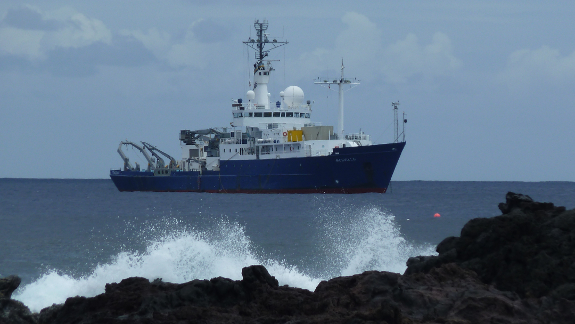 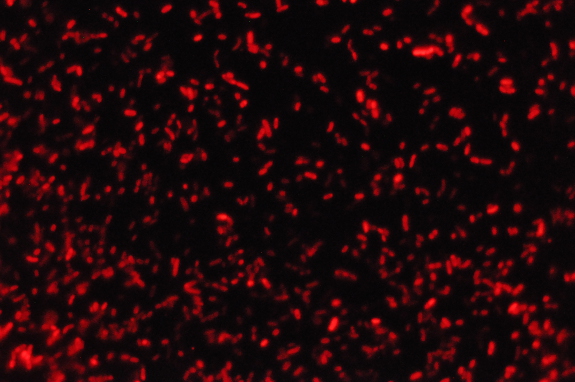 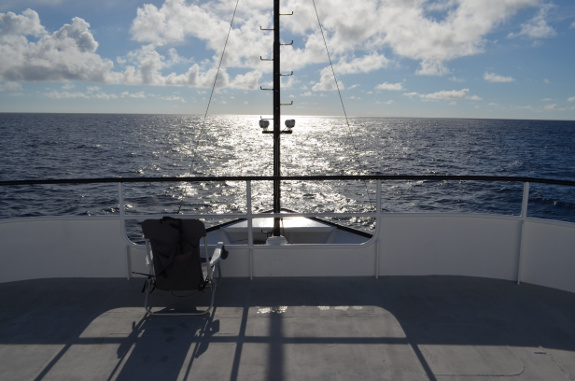 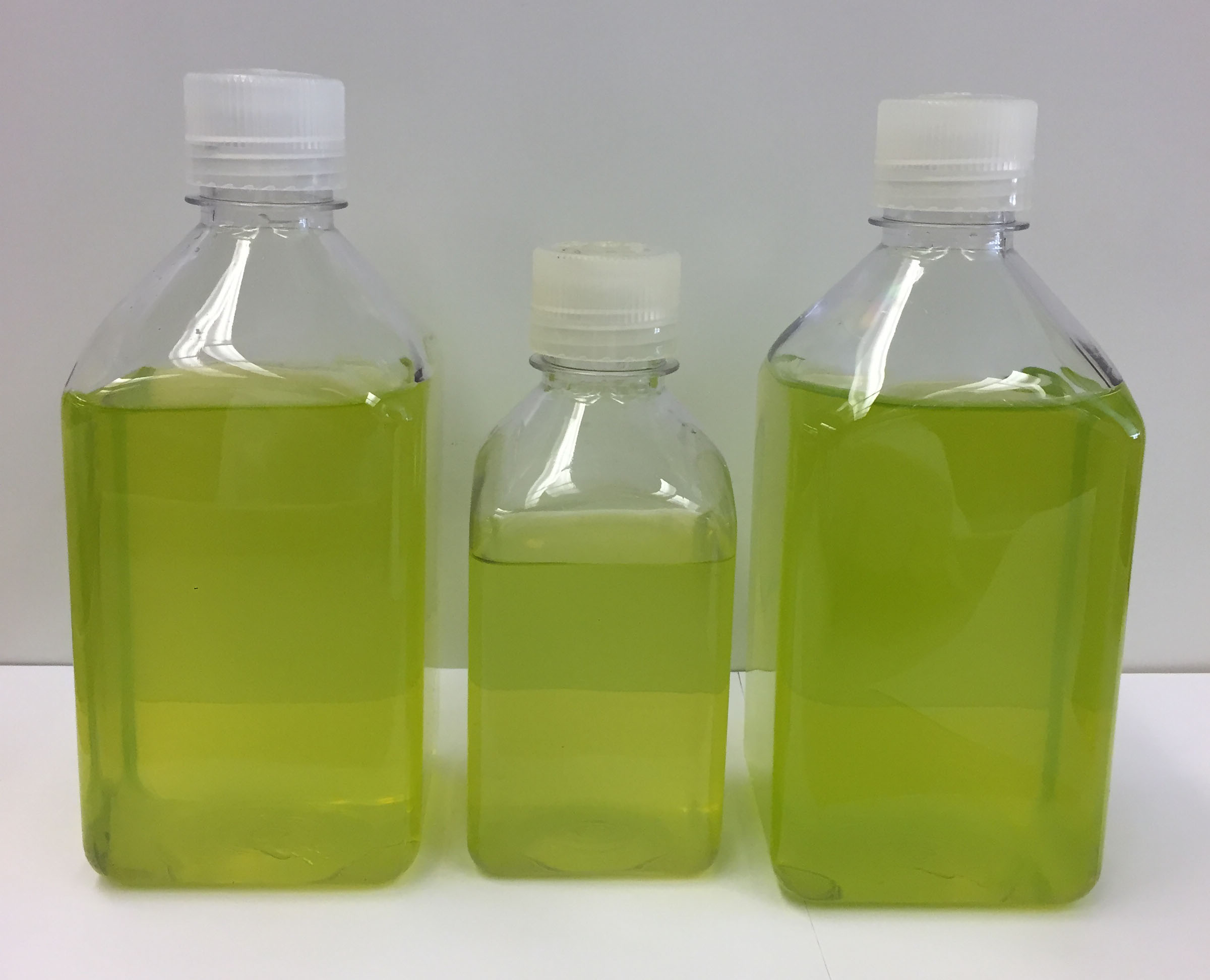 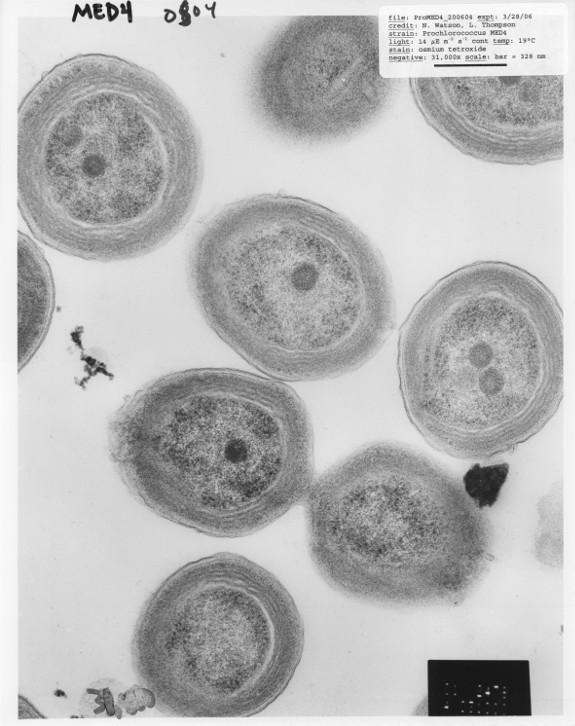 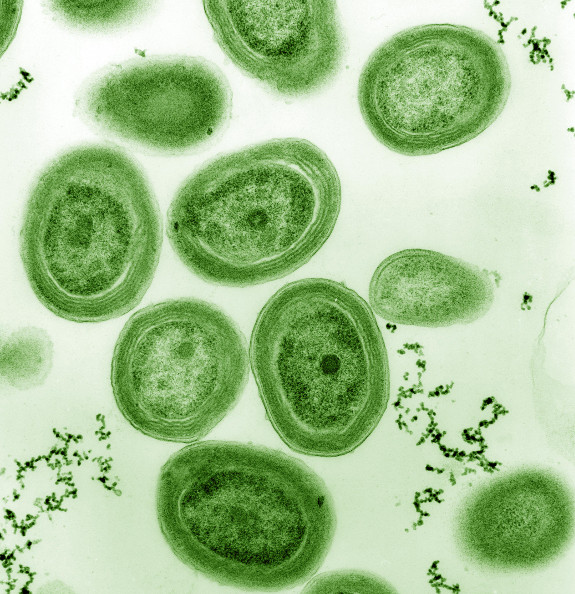 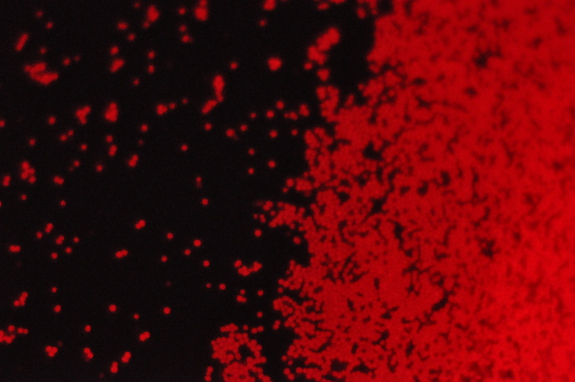 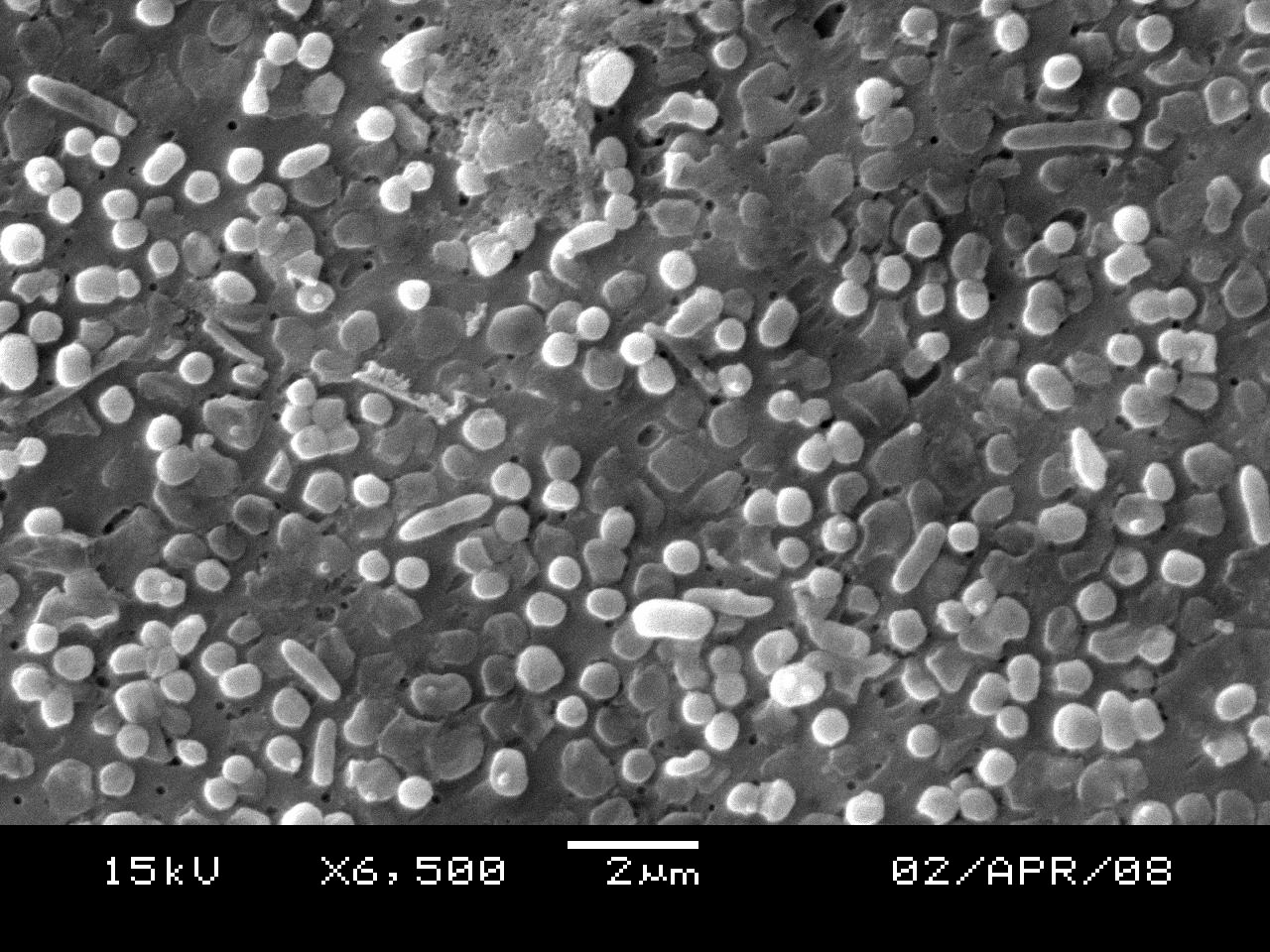 A montage of images of the dominant marine cyanobacteria Prochlorococcus and Synechococcus. Photos are of cultured cells of these two groups, which can be distinguished by their pigment color. These microscopic cells are 1/100 the width of a human hair, and constitute the smallest and most abundant members of marine phytoplankton. Also shown are images of the even smaller viruses that infect these cyanobacteria, and scenes from oceanographic cruises, capturing ocean water sampling methods and life at sea. Credit: Penny Chisholm

The data collected on the cruise have provided Follows and his team with much information to modify and improve the model. The team expected to see enhanced productivity — measured by an increase in microbial cells — across the transition between gyres where iron, nitrogen compounds and other nutrients are delivered and mixed in a ratio compatible with the demands of the organisms. The subtropical gyre lacks nitrogen, whereas the subpolar is short of iron: Each, therefore, has a distinct ecosystem. (Water masses are often characterized by their most limiting nutrient, as it usually determines which microorganisms can survive there and how large that population can grow.) A mixed system reduces the limitations on the microbial populations and potentially allows a more diverse and productive system.

“When you bring those waters together, you have the optimum nutrient ratio that will allow for enhanced productivity,” Armbrust explains.

Yet in fact, although the model accurately predicted many of the big-picture ecosystem changes seen during the expedition, several surprises arose. Most unexpected was a resurgence of the subtropical cyanobacteria Prochlorococcus after the ship crossed into the transition zone.

“We anticipated a decline of Prochlorococcus and an increase of Synechococcus as we approached the transition zone from the south, which we see,” says Follows. “However, as the cruise continued northwards, the Synechococcus population declined and Prochlorococcus rallied, becoming abundant again.” The results were the same when the ship sailed back through the transition zone, indicating that the data are “really reproducible, not just transient features — these are real features,” Armbrust says.

The most likely explanation for the resurgence of Pro and a decline in Syn is that the ship encountered a remnant or an eddy of subtropical water that had maintained structure within the transition zone. This water mass may also be a long-standing or recurring feature of the recent ocean circulation in the region. “This specific detail was not predicted by the model simulations, nor could we expect it to predict all of the fine-scale details of the circulation,” Follows says.

But although the model cannot simulate the specific details of the fine-scale ocean circulation that led to the resurgence in Prochlorococcus within the transition zone, it might be able to capture the statistical likelihood of such events occurring, Follows says. “This resurgence is an event that might be expected to occur from time to time, but predicting a specific individual case is not possible.”

Refining the model means rethinking some base assumptions, too. “I suspect death rates are too high,” Follows says. “The low abundance of modeled phytoplankton and the lack of dramatic changes in the modeled community composition along the transect both suggest to me that predation by grazers in the model is, in some sense, too strong.” Such a change to the model, along with other tweaks such as reclassifying the relationships between observed and modeled organisms, may help better predict the abundances of picoplankton and, specifically, picoeukaryotes observed. It could also help predict the pronounced shift between Prochlorococcus- and Synechococcus-dominated waters.

Overall, the model predicted large-scale ecosystem changes well; it also gave a qualitatively accurate view of what to expect as to the size structure of particles and the elemental composition of particulate matter. “I was pleasantly surprised,” Follows says. “These are relatively new aspects of our modeling framework and significant in our efforts to model and understand the ocean carbon cycle.”

For Follows, the success of the Gradients Cruise comes from determining how to improve the models. “It has been really fun and unusual to work closely with the empiricists — it has developed a closer relationship between modelers and empiricists which, I believe, is very fruitful. I feel that it is stimulating more rapid progress on the modeling side.”