The second law of thermodynamics says that in a closed system, entropy — colloquially thought of as a measure of disorder or uncertainty — cannot decrease. Generally, higher entropy corresponds to higher temperatures, phase transitions from solid to liquid or liquid to gas, or a general decrease in the order of molecules in a system. Simons Investigator Sharon Glotzer, professor of chemical engineering at the University of Michigan, studies the counterintuitive instances when entropy doesn’t work that way. “I’m interested in how entropy can lead to order rather than disorder,” she says. “The opposite of what most people think about when they’re thinking of entropy.”

Entropy appears in different scientific disciplines and in various guises, but Glotzer is concerned with Gibbs, or statistical, entropy. In essence, this is a measure of the number of distinct arrangements, also called microstates, possible in a system. “Typically, the states that we observe in nature are the ones for which there are the most possible arrangements,” Glotzer says.

To illustrate: If you put a collection of identical hard spheres — marbles or tiny nanoparticles — in a large container and send it into space to remove the effect of gravity, the spheres will tend to spread out randomly. But if you reduce the size of the container, you’ll start to see strange results. When the proportion of the container occupied by the spheres increases to 50 percent, the spheres will form a regular lattice, or crystal structure, even though there is room for them to remain in a less ordered arrangement. “The idea is that when particles are sufficiently crowded, there are more patterns that are crystalline than patterns that are disordered,” Glotzer says. Counterintuitively, the particle arrangement with the most entropy is highly ordered. In essence, entropy has driven the emergence of order.

In 2009, Glotzer’s research group made a similar discovery for tetrahedrons rather than spheres. While working with semiconducting nanoparticles that happened to have a tetrahedral structure, they found that when the packing fraction got high enough, a quasicrystal structure emerged with 12-fold rotational symmetry. “It was a completely serendipitous discovery that we were never looking for, nor did we expect,” Glotzer says. “We didn’t believe it for a long time, until we proved to ourselves it was real.”

“I’m trying to argue for elevating the recognition and respectability of the entropic bond.”

Once again, order had emerged solely as a result of entropy, not from molecular interactions. But this time, the team ended up with a quasicrystal instead of a crystal structure. Unlike crystals, which have periodic structures that repeat precisely, quasicrystals have an ordered structure but no exact translational symmetry and are generally more complicated than crystals. “It was amazing, because here we were looking at one of the simplest three-dimensional solids, the tetrahedron, forming one of the most complicated structures possible — a quasicrystal!” Glotzer says.

In addition to the intellectual curiosity it conjures, this research could someday help people engineer materials with desired properties, such as photonic crystals: materials that trap certain wavelengths of light used in fiber-optic cables. To create these new materials, researchers will need to harness other forces aside from entropy, but Glotzer’s research helps explain what role entropy has in the process. “If I want to use only entropy, what shape do the particles have to be?” she says. “Once we understand that, we can combine entropy with other forces to get precisely the material we want.” 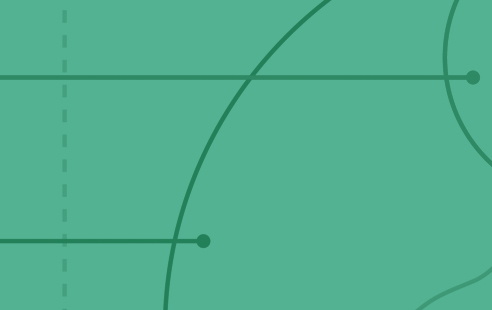 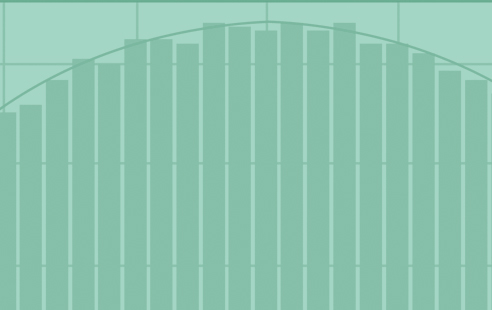