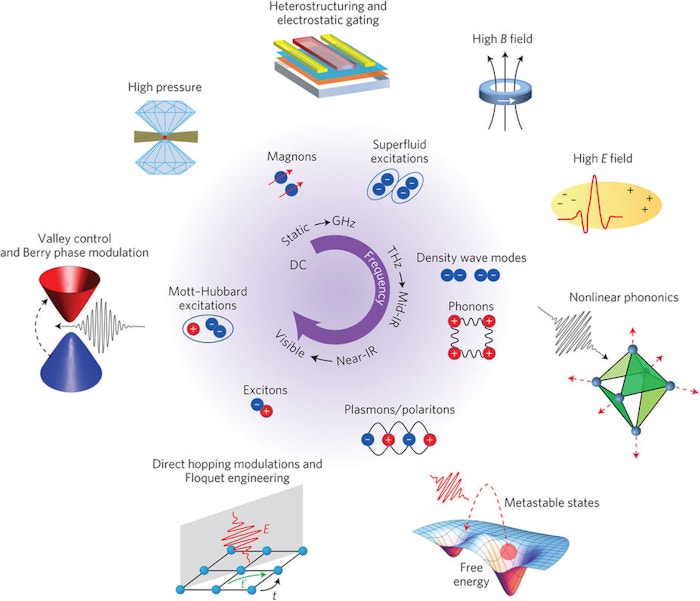 Equilibrium and non-equilibrium modes of control of electronic properties. From Basov, Averitt and Hsieh, Nature Materials 16, 1077 (2017).

Control of non-equilibrium quantum many-body physics has been demonstrated in real materials under ambient or near-ambient conditions. Non-equilibrium phases in which structural, electronic and magnetic symmetries are manipulated by coherent stimulation are becoming accessible, presenting new opportunities for basic science and technological applications while posing deep theoretical questions and practical computational challenges. We are developing methods(including time dependent density functional theory, Keldysh-contour diagrammatic Monte Carlo and time dependent density matrix renormalization group) for computing the behavior of strongly driven quantum matter and applying the methods to topics ranging from the possibility of light-induced superconductivity to the use of Floquet engineering and valley control in obtaining topologically nontrivial electronic properties. 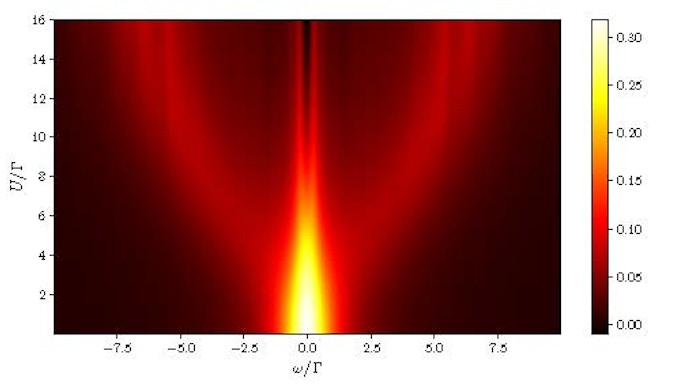 The image shows the spectral function of a quantum dot at finite voltage and low temperature, versus frequency ω and interaction U, in unit of the bath coupling Γ. The Kondo resonance appears progressively at low energy when U increases, and is then split by the voltage. This graph is produced with a unique high precision perturbative computation up to order 10. 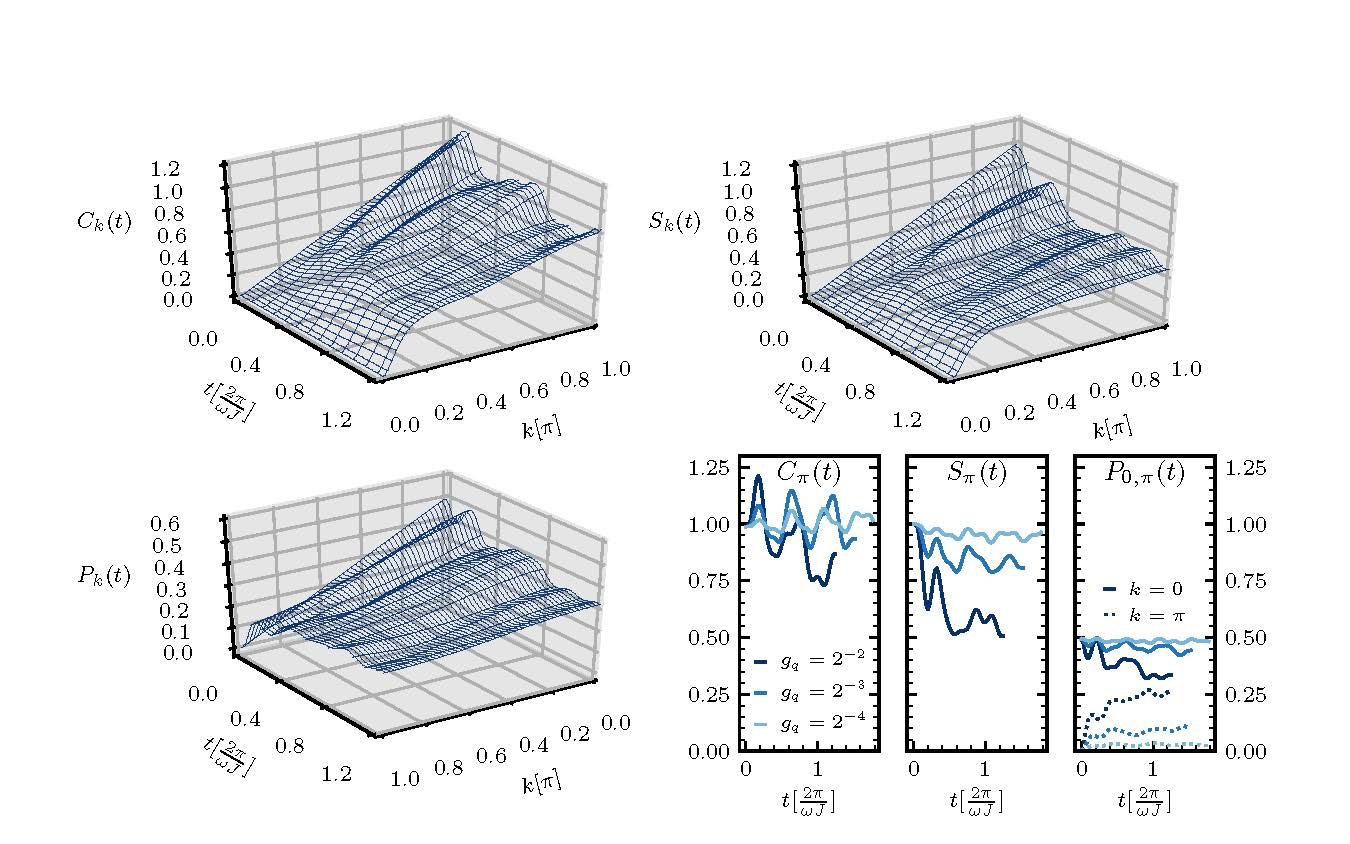 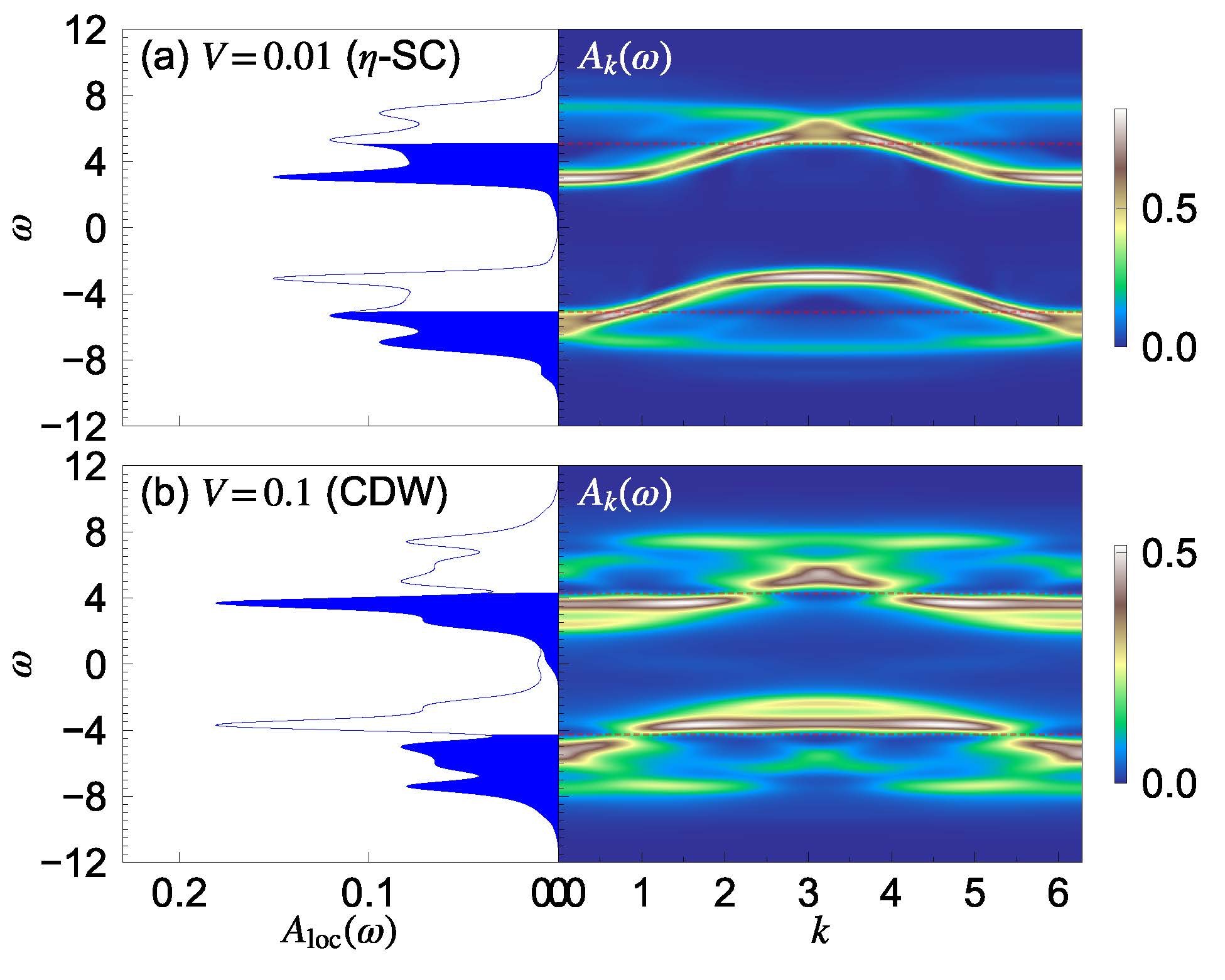