An artist’s rendering of the Gaia spacecraft. Launched in 2013, Gaia is sending back to Earth extremely precise measurements of more than 1 billion stars in the Milky Way, enabling myriad new inquiries into the physics and evolution of the galaxy. Copyright: European Space Agency

On a dark night in the Southern Hemisphere, the Milky Way arcs across the blue-black sky. Off to one side are two hazy splotches of stars, the Small and Large Magellanic Clouds, two of the Milky Way’s nearest neighboring galaxies. When we gaze at these galaxies, it can be hard to imagine the intimate interactions they have had with each other, and with our own galaxy. But with data from the European Space Agency’s Gaia spacecraft, the Magellanic Clouds’ history with the Milky Way and the orbits of stars within our galaxy are becoming a bit clearer. 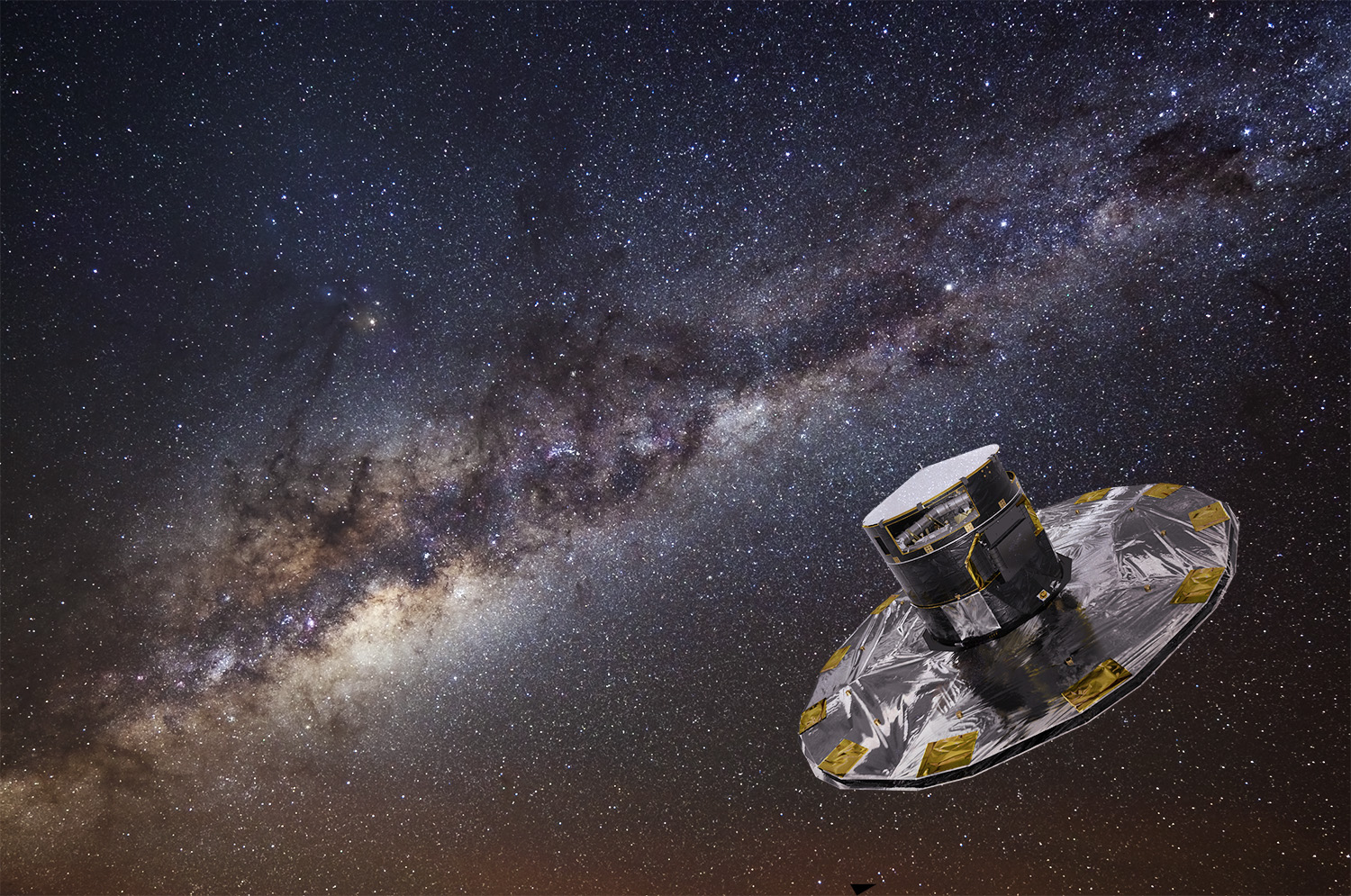 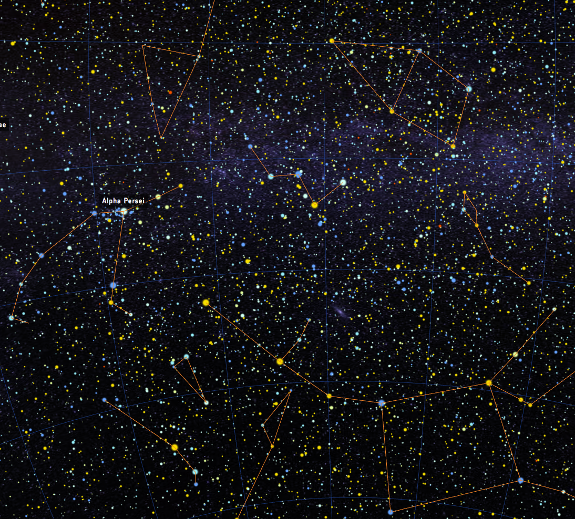 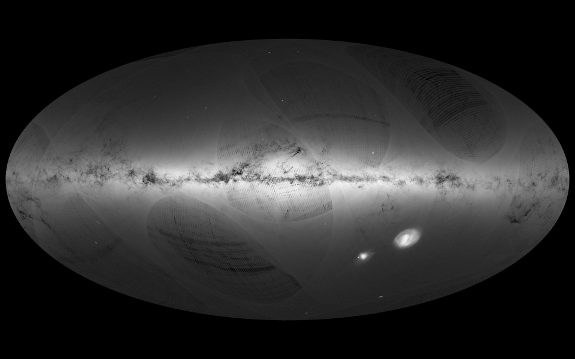 Launched into space in 2013, the Gaia probe was designed to measure the location and motion of stars within the Milky Way. By 2018, it will have collected data on about 1 billion stars, roughly 1 percent of stars in the galaxy. “This data will transform what we know about the physics of stars and the formation and evolution of the galaxy,” says David Hogg, an astronomer at New York University and a consultant at the Flatiron Institute. 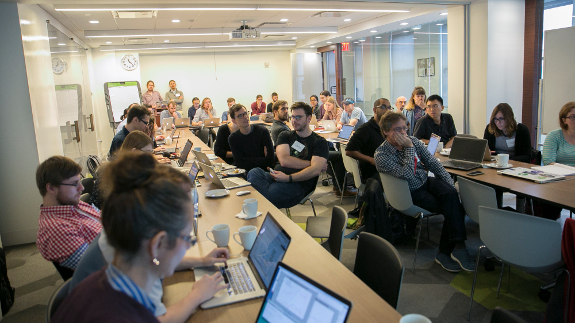 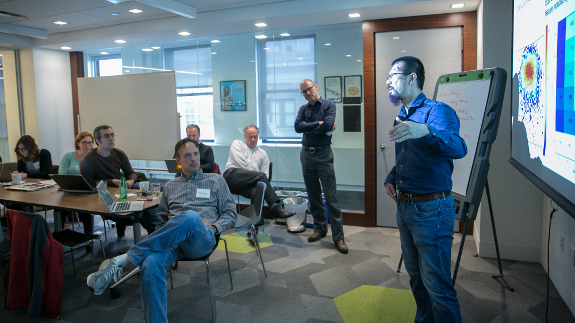 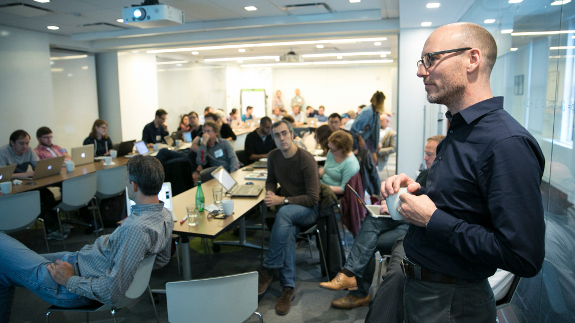 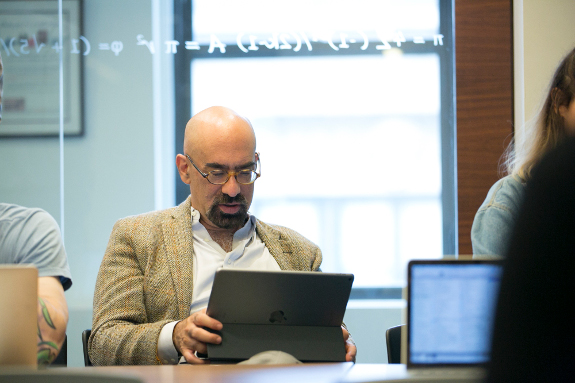 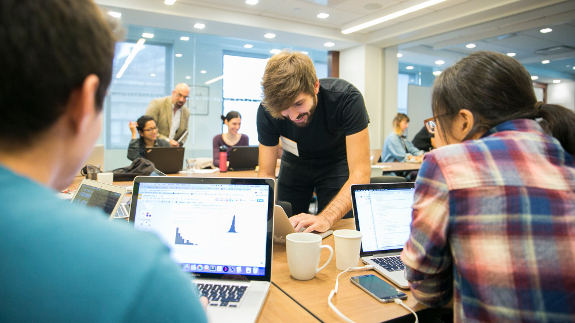 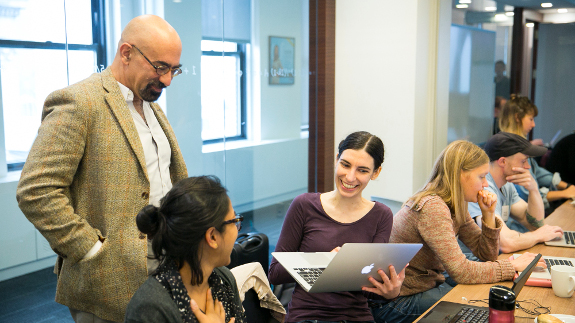 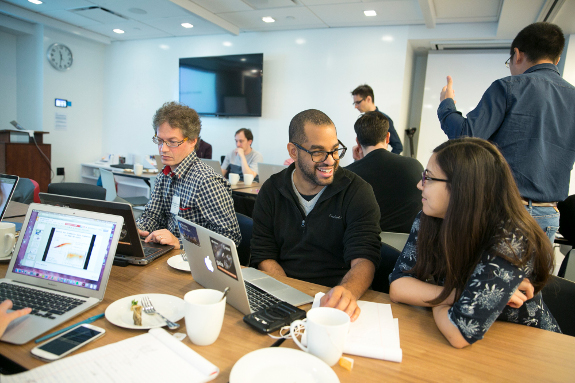 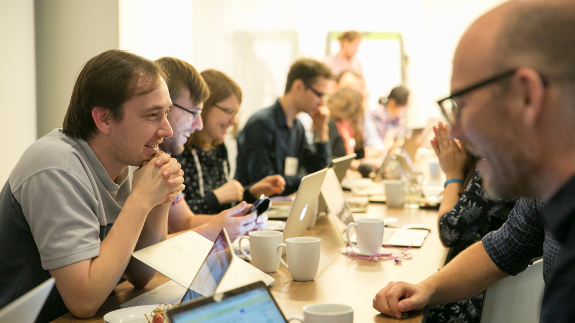 In September, Gaia mission scientists released data from the spacecraft to the astronomy community. Eager to dig into it, Hogg and others at Flatiron’s Center for Computational Astrophysics (CCA) held the first Gaia Sprint in October. This was the CCA’s first large meeting, but many more are expected to follow.

During the weeklong workshop, attendees gave rapid-fire talks on what types of questions they would use the Gaia data to answer, and then ‘hacked’ the data, looking for new insights into the structure and evolution of the galaxy and its stars.

Jo Bovy, a CCA consultant and an astrophysicist at the University of Toronto, used the data to make the most precise calculations to date of the Oort constants. Named for their discoverer, astronomer Jan Oort, the constants were first measured in 1927. They describe how stars orbit the center of the galaxy. Bovy’s calculations showed that stars near the sun orbit the galactic center with a speed of 220 kilometers per second. His analysis also confirmed that these orbits aren’t simple circles. “They’re so much more complex, probably as a result of the Milky Way’s spiral structure,” Bovy says.

Since October, more than a dozen papers that began with the Gaia Sprint have been posted online. The CCA plans to hold more meetings and conferences in the future to establish itself as a new global nexus for computational astronomy. Bovy and Belokurov say that had they not attended the Gaia Sprint, they might not have been able to perform these analyses. Their success and others’, Hogg says, got him thinking about the role the CCA might play in the scientific community. “We want CCA to be a place of doers,” he says. “The first Gaia Sprint shows that we are.” 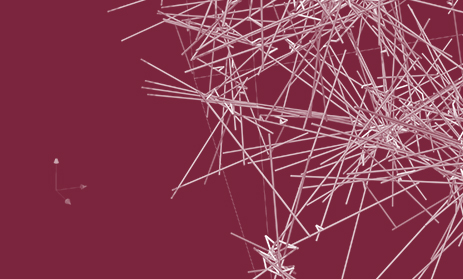 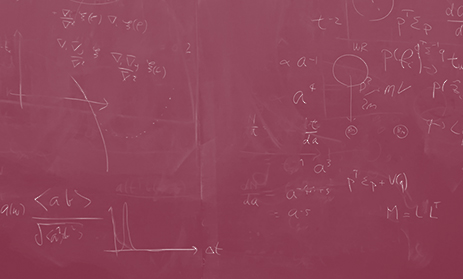