Pep Boatella’s lead illustration from “Living Between Genders,” a Spectrum feature story by Deborah Rudacille, depicts the precariousness of living both as a person with autism and as a transgender person. 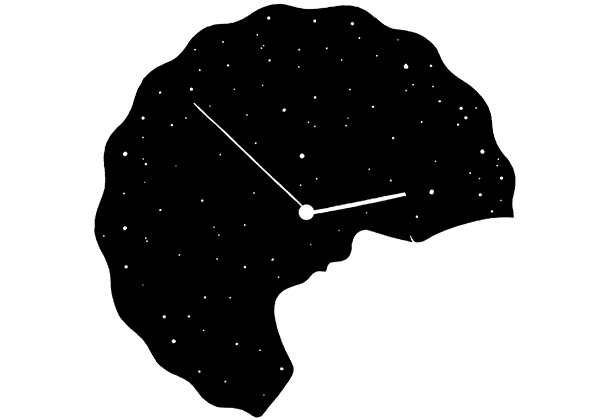 An illustration by Mrzyk & Moriceau, from Quanta’s “Why Sleeping Beauty Is Lost in Time,” by Pradeep Mutalik. The famous Sleeping Beauty problem has divided probability theorists, decision theorists and philosophers for more than 15 years.

Spectrum and Quanta, the two editorially independent magazines funded by the Simons Foundation, cover completely different topics: Spectrum covers autism research, and Quanta focuses on math, physics and computer science, as well as basic research in biology. But they have a lot in common as well. Both cover topics that mainstream media has neither the resources nor the dedicated science writers to cover in-depth, and both strive to foster community and lively conversation among their readers.

Spectrum aims to make current advances in autism research as accessible as possible. “Scientists who work on autism research are really diverse,” says Apoorva Mandavilli, editor-in-chief of Spectrum. They are neuroscientists, geneticists, psychologists and behavioral scientists. Some are clinicians and others work in labs remote from people with the condition. “They don’t all have the same background or use the same jargon, so our approach is to avoid jargon and write at a level that is clear and accessible,” Mandavilli says. As a result, Spectrum’s work is valuable for both scientists and interested lay readers, who tend to be people with autism and their families and friends.

From ‘Dozens of Autism Genes Have Cancer Connections,’ by Jessica Wright. Graphic by Lucy Reading-Ikkanda. Read the full story here.

Autism can be a heated topic of discussion, but Spectrum keeps its comments section constructive by posting clear guidelines and moderating comments that do not conform to them. In addition to respecting rules of common decency, commenters must refrain from posting medical advice or promoting any products. Claire Cameron, the site’s engagement editor, follows discussions in the comments section and on social media sites and syndication partners’ sites. When people ask questions, she often relays those questions to the researchers themselves. “We don’t want people to think they’re just shouting into a void,” she says. “We really do want it to be a discussion.” 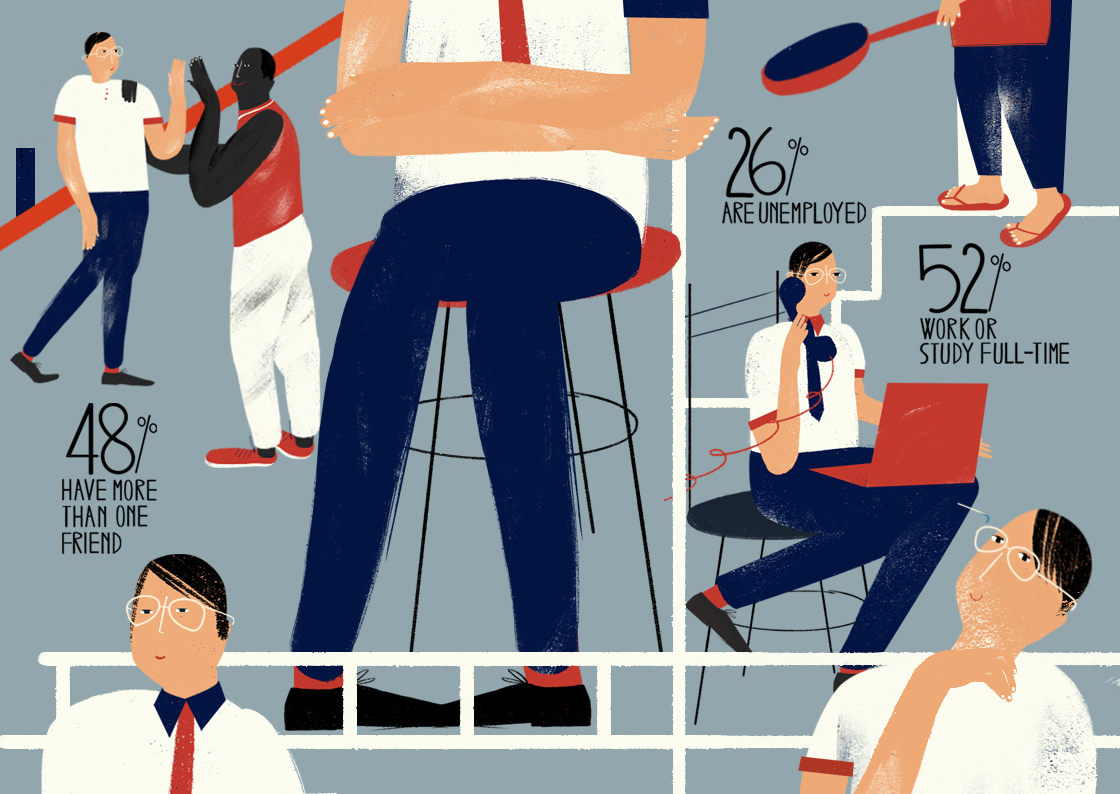 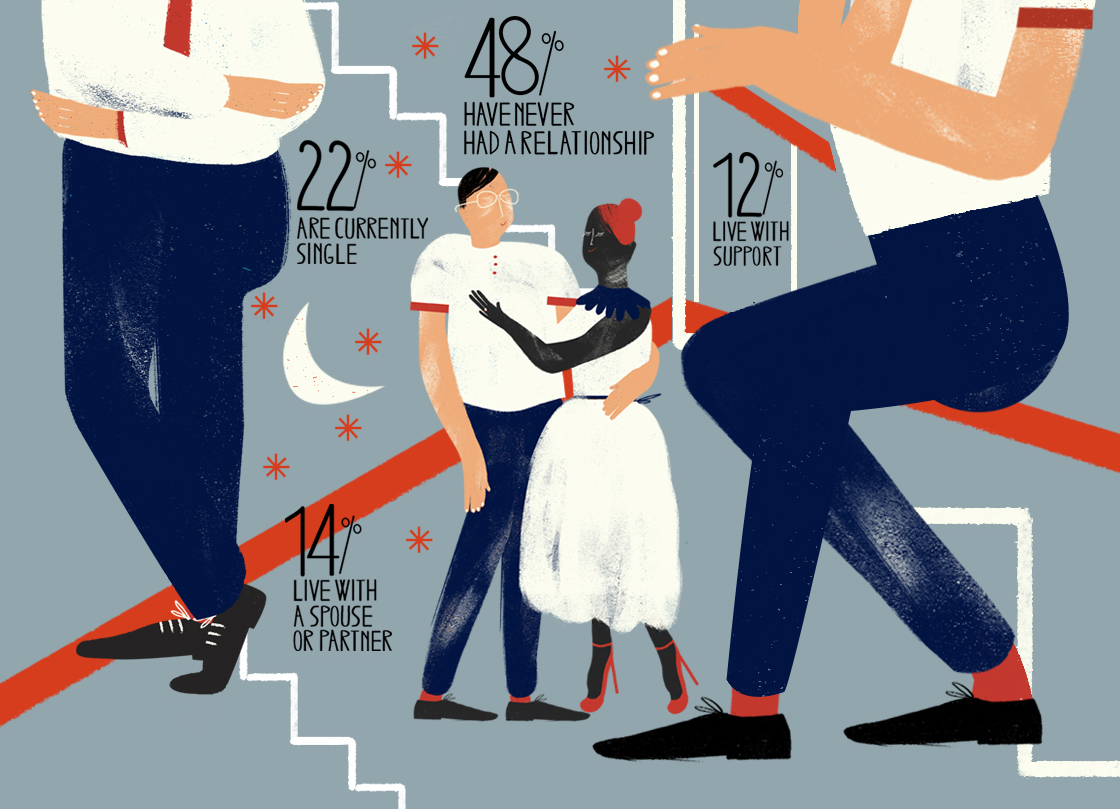 From ‘Never Mind Statistics: Adults with Autism May Be Happy,’ by Jessica Wright. Illustration by Michela Buttignol. Read the full story here.

Lay readers can ask questions of the researchers, but they can also give feedback about how the research aligns (or doesn’t) with their own experiences of autism. “Often when we cover a paper, they’ll say, ‘This is exactly my experience; this is how I’ve dealt with things,’ but we’ve also seen the reverse: people saying, ‘This is the exact opposite of what I’ve seen,’” Mandavilli says. “It’s an interesting perspective for us and for scientists.”

Autism stems from problems with connectivity, or communication between distant parts of the brain. As autism theories go, that one has solid support. For that reason, the corpus callosum deserves special attention.

There are numerous studies linking the corpus callosum to autism. Autism stems from problems with connectivity, or communication between distant parts of the brain. As autism theories go, that one has solid support. For that reason, the corpus callosum deserves special attention.

Spectrum also creates community through its free monthly webinar series, in which scientists give talks on their research, followed by a question-and-answer session. Through articles, comments sections, and webinars, Spectrum not only serves the scientific community, but has also become a unique meeting place for the autism community. People with autism and their families can gain access to researchers whose work might affect their lives — and researchers get feedback about their work from people they might not normally encounter. “Over time, our site has become a middle ground for these often-separated communities to talk to each other,” Mandavilli says.

Traditionally used to treat severe depression, ECT is now being used to treat self-injurious behavior and catatonia in a few children with autism. Yet, no one quite knows how or why it works.

Like Spectrum, Quanta moderates comments to cultivate an informed, civil conversation, taking pains to keep the level of discourse high. Editors relay particularly interesting or insightful questions to authors of articles and to researchers, who often chime in to answer. Some researchers use the comments section to offer thoughtful critiques; others occasionally offer to collaborate.

From ‘Do You Love or Hate Math and Science?’ by Thomas Lin. Created by Emily Furhman for Quanta Magazine. Read the full story here.

And readers are taking note. As a reader named Josh commented on a popular Quanta article, for which 261 comments were approved, “I was expecting the usual Creationism vs. Darwin/Science/Physics/Chemistry debate, but these [comments] are great. Looks like chemists and scientists debating and what not. … Actual sources being cited. What if the whole internet was like this?”

What can we learn from the best teachers on the front lines? To shine a spotlight on this linchpin of our education system, Quanta Magazine followed four master science and math teachers into their classrooms. Video by Max Cantor and Lisa Iaboni for Quanta Magazine. Read their stories.

Quanta delivers to its readership a variety of content types: long, detailed feature stories, shorter blog posts, interviews with scientists and also a regular puzzle series that has developed a passionate following. “We’re not afraid to ask our readers to think a little bit,” Lin says. The puzzles can be quite challenging and involved — some readers even write computer programs to solve them.

“There’s a whole subcommunity centered around this puzzle column,” he says.

David Kaplan is a theoretical particle physicist at Johns Hopkins University and a producer of the award-winning documentary Particle Fever. In this 2-minute video, Kaplan explores leading theories for the origin of life on our planet. Filming for this video by Petr Stepanek; editing and motion graphics by Ryan Griffin. Music by Kai Engel.

Learn more about the origins of life

To reach and engage new audiences, Quanta and Spectrum syndicate articles to Scientific American, The Atlantic, Wired and other publications. And conversations inspired by Quanta and Spectrum articles often spill over to heavily trafficked social media platforms such as Reddit, Hacker News and Facebook. Lin says: “Though it can feel like the Wild West at times, I’m fascinated by where, how and why people share our stories across social media. It’s an opportunity to see how different audiences engage with the big, new ideas we write about.” 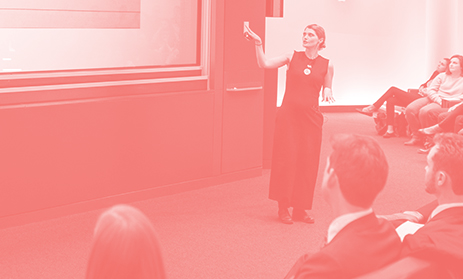 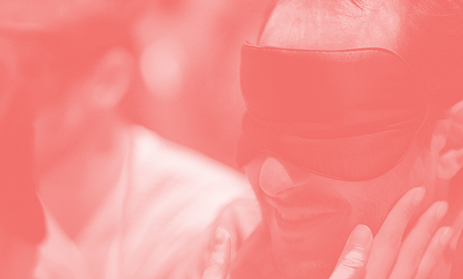