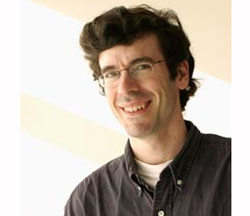 With an increasing amount of social interaction taking place in the digital domain, and often in public online settings, we are accumulating enormous amounts of data about phenomena that were once essentially invisible to us: the collective behavior and social interactions of hundreds of millions of people, recorded at unprecedented levels of scale and resolution. Analyzing this data with powerful computational techniques offers a radically new perspective on fundamental questions in the social sciences: how is the collective attention of a population focused; how does social influence between people operate; and how do our social networks reconfigure as we interact with one another? Such developments are not just taking place at the level of large groups; as each of us accumulates large digital traces of our behavior, we also confront the prospect of software that — at some level — knows more about us than we know about ourselves.

As an introduction to some of the issues in this area:
The convergence of social and technological networks. Communications of the ACM, 51(11):66-72, 2008.

For a more technical discussion of some of the underlying models, mathematical results, and empirical studies:
Complex Networks and Decentralized Search Algorithms. Proceedings of the International Congress of Mathematicians (ICM), 2006.

For general background:
Chapter 1 of the book Networks, Crowds, and Markets provides a high-level overview. The full book is on-line and Chapter 1, specifically, is here.

Jon Kleinberg received his A.B. from Cornell University in 1993 and his Ph.D. in Computer Science from MIT in 1996. He subsequently spent a year at the IBM Almaden Research Center before joining the faculty at Cornell, where he currently holds the position of Tisch University Professor in the Departments of Computer Science and Information Science. His research focuses on issues at the interface of algorithms, networks, and information, with an emphasis on the social and information networks that underpin the Web and other on-line media; his work in this area helped form the foundation for the current generation of Internet search engines.

He is a member of the National Academy of Sciences, the National Academy of Engineering, and the American Academy of Arts and Sciences; he has served on the Computer and Information Science and Engineering (CISE) Advisory Committee of the National Science Foundation, and currently serves on the Computer Science and Telecommunications Board (CSTB) of the National Research Council and the Scientific Advisory Board of the newly formed Simons Institute for the Theory of Computing at UC Berkeley. He is the author of the books “Algorithm Design” (with Eva Tardos) and “Networks, Crowds, and Markets” (with David Easley); the latter book received the Lanchester Prize from the Institute for Operations Resarch and the Management Sciences (INFORMS) and the PROSE Award in Computing and Information Science from the Association of American Publishers.

He is the recipient of MacArthur, Packard, and Sloan Foundation Fellowships, a Simons Investigator Award, the National Academy of Sciences Award for Initiatives in Research, the Nevanlinna Prize from the International Mathematical Union, and the ACM-Infosys Foundation Award in the Computing Sciences.