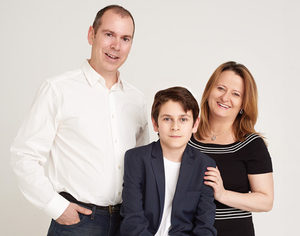 Fifteen years ago, autism genetics research was at something of an impasse. Twin and family studies suggested that the disorder had a strong genetic component. But even though geneticists believed that there were likely dozens of different mutations responsible for autism, when researchers went looking for the mutated genes that were presumably passed down from parent to child, they largely came up dry.

Michael Wigler, a geneticist at Cold Spring Harbor Laboratory in New York, suspected that researchers were going about their search in the wrong way. Most autism genetics studies were being done on ‘multiplex’ families, in which more than one family member has the disorder, because those are the cases with the highest chance of having been caused by inherited mutations. But autism, in fact, appears more often in ‘simplex’ families, in which only one individual is affected, suggesting that the disorder may frequently result not from an inherited mutation but from a spontaneous, or de novo, mutation in a sperm or egg cell. “I had the hypothesis that people were failing [in their search for autism genes] because they were using the wrong tool,” Wigler says.

Together with Jonathan Sebat, then in Wigler’s lab and now at the University of California, San Diego, Wigler analyzed DNA from the Autism Genetic Resource Exchange, a gene bank consisting mostly of genetic material from multiplex autism families: a valuable dataset from many perspectives, but the opposite of what is needed to best isolate de novo mutations. Indeed, as Wigler had predicted, the simplex families the team studied from that collection had a higher proportion of de novo mutations than the multiplex families did.

New Map of Brain Vasculature Reveals Unexpected Diversity By Jennifer Michalowski
Advancing Research in Basic Science and Mathematics Subscribe to our newsletters to receive news & updates
We use cookies to analyze web traffic and to improve your browsing experience; full details are in our privacy policy. Please agree to accept cookies from our site.AGREE