As Yunji Wu Davenport was finishing up her Ph.D. at the California Institute of Technology in 2015, she decided it was time to face up to several years’ worth of soul searching. Davenport had been studying HIV antibodies and antigens — a topic she enjoyed, but one she couldn’t see herself pursuing long term. She had recently taken an intensive two-month course on microbial diversity at the Marine Biological Laboratory in Woods Hole, Massachusetts — a program supported by the Simons Foundation to encourage more people to move into that field of research — and the subject had captured her imagination. Davenport wanted to change her research focus, but the prospect was intimidating. “I would be entirely outside my comfort zone, and would have to learn everything from scratch,” she says.

Davenport decided to apply for a postdoctoral fellowship offered by the Jane Coffin Childs Memorial Fund for Medical Research. Daringly, she “simply wrote down the project and ideas that most excited me, without much regard for what would be fundable or popular,” she says. “I decided that trying to do the research I really wanted to do was worth the risk of failure.” Davenport’s passion for her subject came across: She was awarded a three-year fellowship sponsored by the Simons Foundation and is now at Harvard University, where she is studying the discovery and characterization of microbial small molecules.

Davenport’s three-year fellowship is one of several types of awards the Simons Foundation offers to support scientists in the early stages of their careers, from their first postdoctoral position through, in some cases, the first eight years of a tenure-track faculty appointment. These years — in which a scientist must define a research program and then gradually take on the responsibilities of a faculty member — are among the most vulnerable in a scientist’s career, but they can also be among the most exciting.

While some of these programs are solo efforts by the foundation — for example, the SFARI Bridge to Independence Award and the Simons Investigators in the Mathematical Modeling of Living Systems fellowships — some are in collaboration with other philanthropies, including the Howard Hughes Medical Institute (HHMI), the Bill & Melinda Gates Foundation, the Life Sciences Research Foundation and the Esther A. & Joseph Klingenstein Fund. Combining resources allows these organizations’ awards programs to reach even more outstanding researchers, Carlson says.

Through its early-career awards, as with its other programs, the foundation tries to fill gaps in federal funding — by supporting international scholars, research projects that are too risky to secure government support, and important but underfunded areas of science, for example. The Simons Early Career Investigator in Marine Microbial Ecology and Evolution Awards cover a scientific field that, despite its importance for understanding the environment, receives little funding from the federal government or other philanthropies, and so is particularly difficult for early-career researchers to break into.

“Early-career scientists represent the future of science in this country and the world,” Carlson says. “If we don’t enable them to launch their careers successfully, we’ll just miss out on a generation of scientists.”

The primary goal of many of these awards is to give early-career scientists the time and space to do whatever it is they do best. So, unlike research grants that make specific demands of grantees, many Simons programs impose few restrictions. For instance, Faculty Scholars — who are funded by a program launched in 2016 by the Simons Foundation along with HHMI and the Bill & Melinda Gates Foundation — are simply required to spend at least half of their professional time doing research.

The Faculty Scholars program “will provide these scientists with much-needed flexible resources, so they can follow their best research ideas,” says David Clapham, HHMI’s vice president and chief scientific officer.

Other awards focus on helping early-career scientists navigate the perilous waters between a mentored postdoctoral position and a tenure-track faculty appointment. “It takes a lot of effort to launch your own program: to learn to take on students and train postdocs and begin to teach,” Carlson says. Early-career scientists are less proficient than established scientists at competing for large research awards, she says, and they must often write many applications to receive a grant. “That’s a lot of time for a young investigator struggling to get everything going.”

In autism research, where the number of tenure-track positions has been decreasing even as interest in the field grows, the SFARI Bridge to Independence (BTI) Award is designed to help senior postdoctoral fellows advance to faculty positions. “SFARI is known for bringing new blood into the autism field by funding outstanding senior investigators from other disciplines,” says Alice Luo Clayton, SFARI senior scientist. “And the BTI award was developed to help sustain the next generation of these scientists in the autism field, by providing support at a critical juncture in their career.”

Understanding the competitive faculty-hiring landscape, SFARI added a unique feature to its award program: Awardees who are hired as faculty are promised generous support over the first three years of their appointment, sweetening the deal considerably for an institution considering a hire. Holly Stessman credits the award with helping her to win an assistant professorship at Creighton University in Omaha, Nebraska, where she is now studying genetic drivers that are common to two completely different diseases: autism and cancer. “The Bridge to Independence Award made me a more competitive candidate when I was interviewing for positions,” she says.

The award allowed her to immediately set up her lab, where she soon enlisted two technicians and an undergraduate student. This support will enable her, she says, “to pursue more complex experiments during the first few years of my career, instead of having to wait for my first award to land after starting my new position.”

As for Davenport, who summoned up the courage to switch research paths after her Ph.D., receiving the Jane Coffin Childs fellowship provided one other key benefit: validation of her leap into the unknown. “Moving into a new field lends itself to a lot of second-guessing,” she says. “Receiving the JCC fellowship has allowed me to put more trust in my instincts, and it has given me the confidence to continue taking risks as an increasingly independent scientist.” 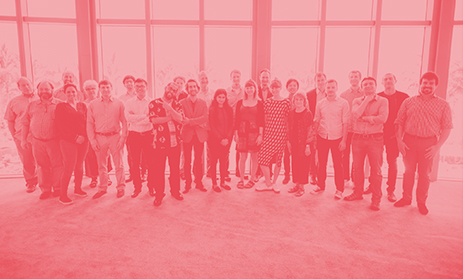