Hawkins is exploring the chemical layout of the Milky Way Galaxy by examining light data collected by the Gaia, APOGEE and Gia-ESO surveys. Here, red marks stars that contain more Magnesium while blue marks iron-rich stars. As you move vertically from the galaxy’s center, the magnesium content of stars increases. This gradient offers insights into the structure and formation of the galaxy.

When Keith Hawkins finishes his three-year stint as a junior fellow in the Simons Society of Fellows, he wants to walk into the Hayden Planetarium at the American Museum of Natural History in New York City and project onto the dome a picture of the Milky Way that no one has seen before: one in which each point of starlight would be color-coded by its chemistry.

“Imagine color-coding the stars by the amount of magnesium present in their atmospheres. If there are globs of stars with tons of magnesium, they will just pop out immediately. That’s what we call chemical cartography,” says Hawkins, a postdoctoral researcher in astronomy at Columbia University. “My entire research program here as a Simons fellow is designed around being able to do galactic chemical cartography for the first time.”

Previously, data to do this type of mapping has been limited to a few thousand stars. However, the European Space Agency’s Gaia spacecraft is starting to provide spectroscopic data on many, many more stars, Hawkins says. He adds that the Simons fellowship gives him the freedom in his research to pursue such an ambitious project as making a large-scale chemical map of the Milky Way. It also has forced him to think about communicating his work to other scientists and potentially even the general public, which is why he is considering the Hayden Planetarium as a place to share his work.

Gerald D. Fischbach, the foundation’s first Simons Society of Fellows senior fellow, says the program was founded in 2014 to foster young scientists’ ability to pursue innovative research ideas. “This is a time that is very critical for a young investigator,” he says. “The fellowship gives these scientists three uninterrupted years to pursue their ideas without having to worry about funding or a job search at the same time.” The fellowship is also designed to encourage intellectual interactions across disciplines and across research centers in New York City. 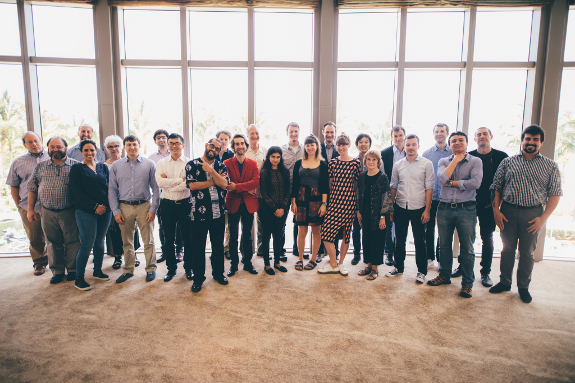 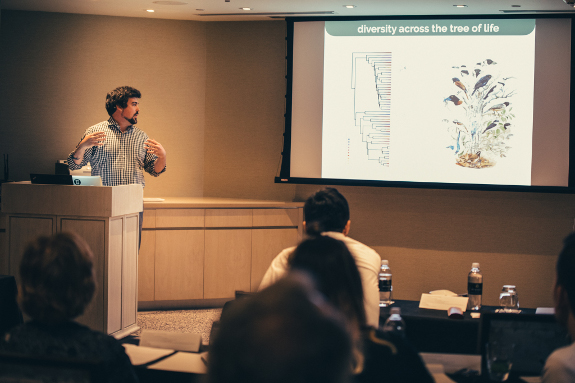 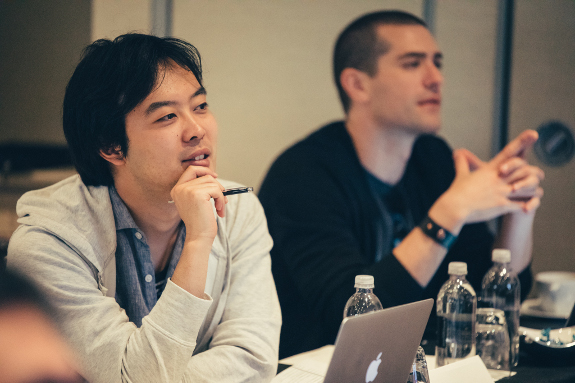 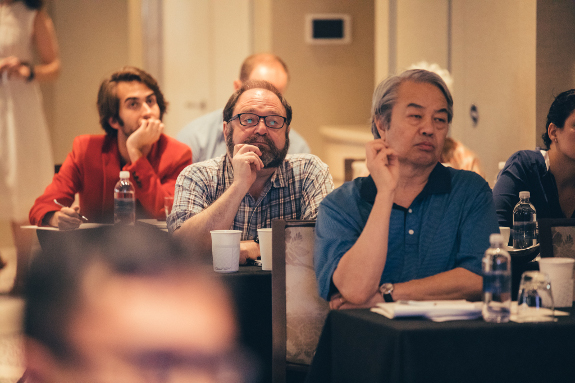 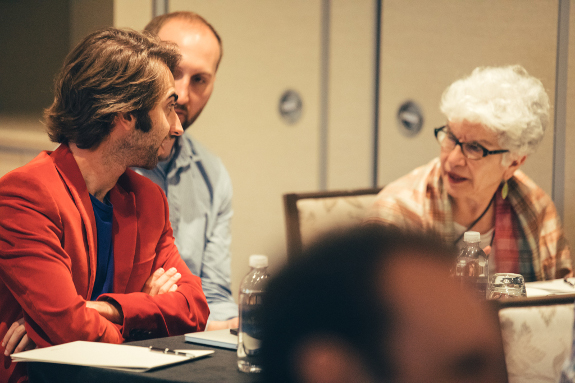 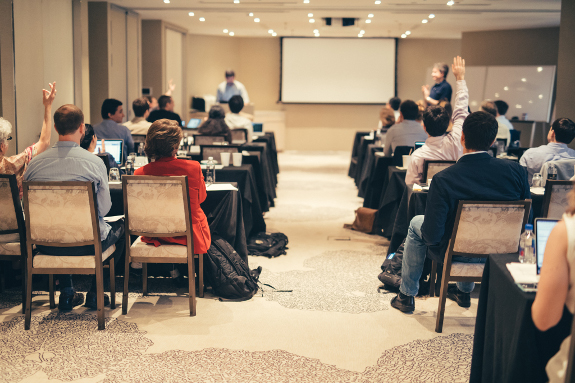 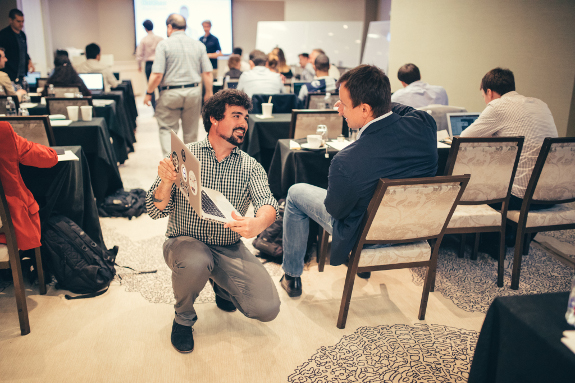 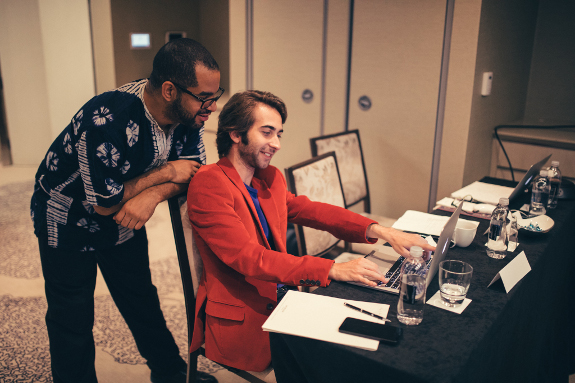 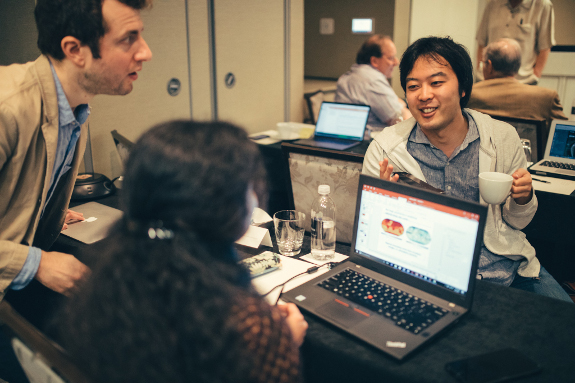 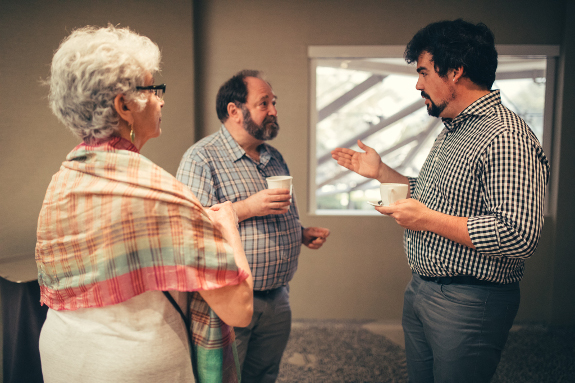 A total of 27 fellows attended the four-day Simons Society of Fellows retreat in Bal Harbour, Florida, in April 2016.

“One benefit of this fellowship program is that the junior and senior fellows are in the city, so you can envision New York, with its outstanding academic institutions, as a campus of its own,” says senior fellow Carol Mason, professor of pathology and cell biology, neuroscience and ophthalmic science at Columbia University. “With this ‘city campus,’ the fellowship program brings together beginning and more seasoned individuals from different areas of science: physics and mathematics, neuroscience and life science, and astronomy. ‘Never the three shall meet,’ usually,” Mason says.

Bringing together this diverse group of young and veteran scientists inspires everyone to work on communicating their research to others. “You’re forced to interact with people who don’t know the technicalities of your science. This shapes how you speak about your work and encourages you to be able to talk about your science with other scientists, and also maybe frame your work in a way that those who aren’t formally trained in science can understand,” Hawkins says. “Something I am interested in is improving science literacy in the U.S., and this fellowship helps you to think about your work in a way that makes it more accessible.”

To continue to improve their ability to speak to each other about their work, the junior fellows established a symposium series, in which five or six of the young scientists and one of the senior fellows give 10-minute talks on their research and take questions. During these talks, the fellows can discuss their research in a relaxed setting but go deeper into their work than they do at their weekly dinners. “While we get a reasonably good idea about what people are researching from our conversations at the weekly dinners, I have personally found the short talks to be a great way to gain a more in-depth understanding,” says junior fellow Benjamin Harrop-Griffiths, a postdoctoral researcher at New York University’s Courant Institute of Mathematical Sciences.

The junior fellows are chosen for articulating their research in an accessible manner, and for pushing the envelope of knowledge in their respective fields. “The senior scientists who recommend these young researchers call the junior fellows pioneering, and it’s true,” Mason says. “They propose, and execute, innovative research that has the potential to change their respective fields.” Such ability to pursue cutting-edge research projects comes from the structure of the fellowship, she explains. It is a three-year program, and exceptionally selective, with only about 10 fellows chosen each year. With fellowships given by the National Institutes of Health, it’s harder to obtain funding for a proposal that is high-risk, especially as the pool of money shrinks. “Here, young researchers can do this,” Mason says.

The opportunity to take such risks is essential for making themselves competitive on the job market, says junior fellow Boris Leistedt, a postdoctoral researcher in cosmology at New York University. “In astronomy, these days the job market is very difficult. If you want to build a reputation and a career, you have to take risks and solve difficult problems with ambitious projects. That can be hard to do when you are applying for fellowships and jobs every year,” he says. “What’s nice about this fellowship is that it is for three years and you have the independence to do your own project, not necessarily take on a supervisor’s idea. When you look at the track record of who discovered what and what academic positions they were in at the time, you see they made major advances because they took risks and they tried something crazy, maybe something too crazy to put on a job application.”

Leistedt and Hawkins also say that they enjoy meeting the senior fellows because they offer insight into what hiring committees are searching for in new tenure-track recruits. “We can ask, ‘If you were hiring now, what would you be looking for now?’” Hawkins says. “We also get insight into what these different fields were like in the 1970s and 1980s. Being able to interact with the senior fellows is unique. You get very different ideas about the different fields because each is distinct in its history and culture.”

Hawkins says he also appreciates the community aspect of the fellowship. “You wouldn’t have this kind of community in a prestigious astronomy fellowship. It would be significantly more about the science and highly technical, so it’s nice to hear about what the other fellows are doing and learn about the physics of bird feathers or biogenetics,” he says. “Many are doing work that may have a more direct impact on the world than astronomy. It’s nice to be reminded of that and also be able to share with others the excitement of astronomy and its ability to advance human knowledge.” 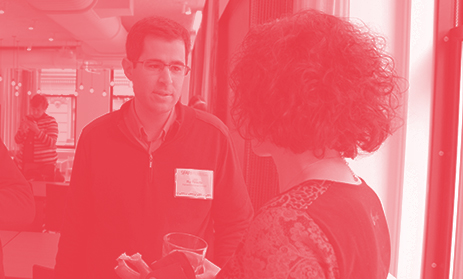