Oceans cover more than 70 percent of the planet. And within the oceans, it is the microbial ecosystem, made up of bacteria and phytoplankton, that forms the base of the food chain and powers the cycling of carbon, oxygen and other elements. Yet despite its importance, marine microbial ecology remains an underfunded area of science.

To help remedy this situation, in 2017 the Simons Foundation created the Simons Postdoctoral Fellowships in Marine Microbial Ecology. These three-year awards, given out each year to five early-career researchers, were inspired by Sallie (Penny) Chisholm, a marine microbiologist at the Massachusetts Institute of Technology (MIT). “She always gets lists of fellowships that MIT postdocs can apply to, and there’s never anything targeted to people in this field,” says Marian Carlson, director of the Simons Foundation’s Life Sciences division.

“For this area to thrive, we have to get young scientists to find it an area where their careers can flourish,” Carlson says. In choosing fellows, the foundation pays particular attention to whether the applicant’s research plan and proposed mentor will help the applicant transition to doing independent research of the highest quality. “This is a career award, not a grant to do a specific project,” Carlson says. “We wanted to choose candidates who would move the field forward for the next decade.”

“If your training is in a physical field, it can be hard to move into ecology. We thought providing funding would encourage people to make that transition.”

Some of the 2017 awardees have doctoral degrees related to oceanography. But the fellowship also encourages applicants from quantitative areas, such as physics and mathematical modeling, because the interdisciplinary nature of marine microbial ecology means that quantitative research can have a significant impact. “If your training is in a physical field, it can be hard to move into ecology,” Carlson says. “We thought providing funding would encourage people to make that transition.”

Keisuke Inomura, a Simons Fellow at the University of Washington who is exploring mathematical models of the distribution of different nitrogen-fixing microbes in the ocean, says the fellowship offers him “more possibilities and more degrees of freedom” than he otherwise would have. Many postdoctoral fellowships last only one year, and even in a two-year position, “you have to get results very quickly — like, in one year — if you want to be a strong candidate for an assistant professor job,” Inomura says. Having a three-year fellowship essentially doubles that time frame, he says, lifting the pressure and allowing fellows to pursue more ambitious projects.

Natalie Cohen is using her Simons fellowship at Woods Hole Oceanographic Institution in Massachusetts to study how marine microbes adapt to changing supplies of trace metals. The other postdoctoral opportunities she had applied for involved joining existing research projects instead of designing experiments based on her own specific interests, she says.

“The day I got my acceptance letter for the Simons fellowship was the best day of my life, because it meant I could continue to study what I was most passionate about,” she says, and three years’ worth of funding “means that instead of spending my time writing grants, I can put all my efforts into doing the best science I can.” 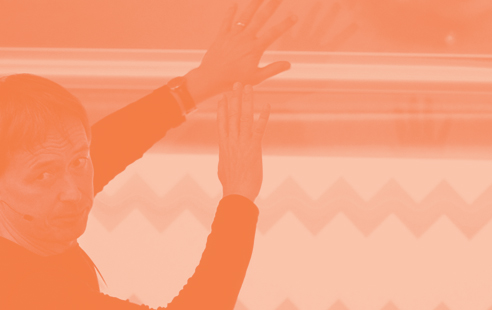 Simons Collaboration On The Origins Of Life