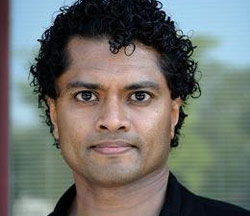 Fundamental gaps remain in our understanding of animal brains, especially so for human brains, in comparison with other organ systems in the body. This is evident from our limited mechanistic understanding of neuropsychiatric disorders and the difficulty in developing therapies, despite decades of intensive research. One of these gaps is our very partial knowledge of the circuit architecture of brains, even in the best studied model organisms.

A frequently mentioned reason for this gap is the complexity of the circuitry: the astronomical numbers of neurons and synapses are often cited in this context. However, although brains are complex, this complexity is not entirely disorganized – classical neuroanatomical studies exhibit the existence of an intermediate, “mesoscopic” level of organization, as can be seen from classical neuroanatomical atlases which exhibit brain nuclei, layered structures, and organized projection patterns. Although the whole brain circuit architecture is more tractable at this mesoscopic scale, our knowledge of it also remains incomplete. Reasons for this are partly technical (the large volumes of data involved, which have only been recently become possible to store and process, the focus on slice physiology which precludes the study of many long range circuits, etc). Background theoretical attitudes also play a role (a “chemical soup” theory of brain function, exclusive focus on mechanisms of synaptic plasticity, or an exclusive focus on hypothesized core operational units such as “canonical microcircuits” in cortex). All these ideas are useful, however a deeper understanding of the whole brain circuit architecture may be necessary to provide context for, and integrate, these different perspectives. A move towards a circuit dysregulation based (rather than a “chemical soup” imbalance based) view is already evident in the conceptual understanding of neuropsychiatric disorders.

We have argued for the need and feasibility of determining brain-wide circuit architecture, starting with the mouse and eventually in multiple model organisms chosen to suitably span the phylogenetic tree. This talk will present some historical and theoretical background, and a description of ongoing experimental work as well as intermediate results. Ideas about how to fruitfully analyze whole brain data sets will also be presented.

Proposal for a Coordinated Effort for the Determination of Brainwide Neuroanatomical Connectivity in Model Organisms at a Mesoscopic Scale
Optional Reading:

While not directly related to this talk, Dr. Mitra’s basic approach to quantitative neuroscience research can be found in the first four chapters of Observed Brain Dynamics

Partha Mitra is the head of the Mitra Lab at Cold Spring Harbor Laboratory. Mitra and his fellow lab members combine theoretical, computational and experimental approaches to understand biological complexity.

The lab’s goal is to obtain conceptual breakthroughs into how brains work. Despite extensive research, we are still far from a comprehensive understanding of how the nervous system gives rise to the behavioral complexities, cognition and affect. We do not yet know what precisely goes wrong in human brains in most major neuropsychiatric disorders, and therapeutic advances remain slow. Part of the difficulty arises from the complexity of the systems involved: neurobiological phenomena have to be studied at the molecular/cellular level, neural circuit level, behavioral as well as social levels, and in multiple species. Given this complexity, there remain large empirical gaps in our knowledge that can only be filled in experimentally. However, an equally important problem is that of integrating the information thus obtained.

Previous work in the laboratory was largely theoretical and computational in nature, and focused on analyzing behavioral and electrophysiological measurements in a number of model organisms. Currently, the laboratory is focused on the Brain Architecture Project. The basic premise of this project is that, while great advances have been made at the individual neuron and microcircuit levels, there is a large gap at the whole-brain level of analysis of neural circuitry. The Mouse Brain Architecture Project seeks to fill this gap experimentally, by systematically mapping the whole brain meso-circuit of the mouse brain, and simultaneously addressing the computational and theoretical questions that arise.

From the bioRxiv: A Selection of Recently Posted Papers from SCGB Investigators and Others
Global Brain

In Olfactory System, a Balance of Randomness and Order By Brian DePasquale
Advancing Research in Basic Science and Mathematics Subscribe to our newsletters to receive news & updates
We use cookies to analyze web traffic and to improve your browsing experience; full details are in our privacy policy. Please agree to accept cookies from our site.AGREE