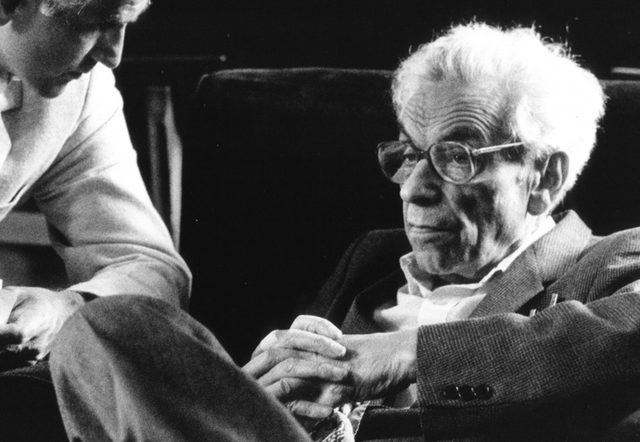 Today marks the centenary of the birth of Paul Erdös, an extraordinarily prolific Hungarian-Jewish mathematician who published more than 1,500 papers before his death in 1996. Believing that the meaning of life is to “prove and conjecture,” Erdös spent almost all of his time on the road, attending meetings, visiting any of his hundreds of collaborators and working 20-hour days in constant pursuit of mathematical progress.

Erdös is best known for his contributions to number theory, probability theory and combinatorics. According to the mathematician Colm Mulcahy writing in the Huffington Post, he “championed proofs that were elegant and stripped down to their bare essentials.”

As a teenager, he discovered a simple new proof of the theorem that there is always a prime number between any number and its double. He later found an elementary proof of the prime number theorem, which shows that prime numbers become less frequent as numbers grow large.

“Erdös believed that ‘the Supreme Fascist’ (God) kept a book of mathematical proofs in their most perfect, simplified states, and it was the task of mathematicians to transcribe the pages from this book,” Calla Cofield writes in Scientific American.

Erdös’ burning love of math, as well as his eccentric yet kindly personality, are highlighted in the 1993 film “N is a Number: A Portrait of Paul Erdös,” produced and directed by George Csicsery. (The entire film can be viewed at Fora.TV for a fee.) He is also the subject of a forthcoming children’s book, “The Boy Who Loved Math: The Improbable Life of Paul Erdös,” written by Deborah Heiligman and illustrated by LeUyen Pham, which was recently excerpted on The New York Times’ Wordplay blog: