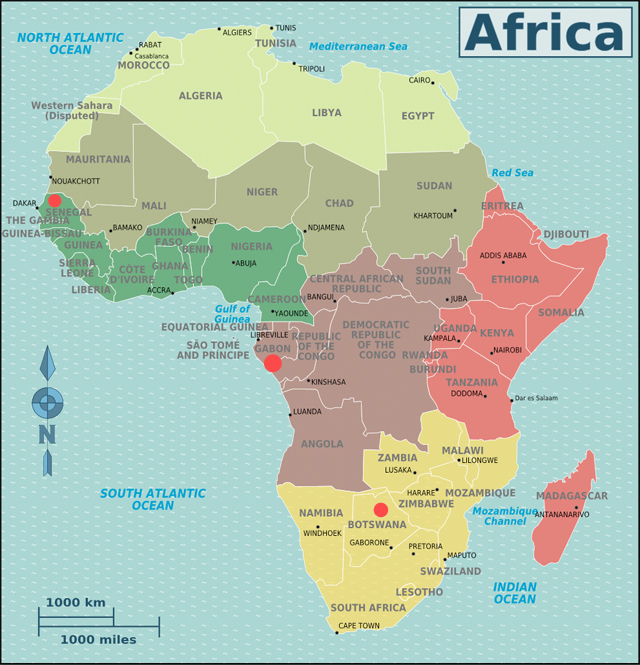 In April 2013, the Simons Foundation awarded grants for its Africa Mathematics Project, designed to nurture and accelerate high-level mathematics research in sub-Saharan Africa. The three awardees, whose work spans a broad range of fields, will receive five-year grants to support graduate students, conferences, international exchanges and other research efforts.

The Africa Mathematics Project set its sights on sub-Saharan Africa because the region is home to pockets of strong mathematics researchers who lack resources and could potentially benefit greatly from small but long-term investments in their research, said David Eisenbud, the foundation’s former director of mathematical sciences, who was instrumental in the project’s creation.

“It seemed to us that there was an important opportunity to extend the research community in this region—potentially in a very significant way,” Eisenbud said.

The three groups receiving grants are led by: Tony Ezome, of the Université des Sciences et Techniques de Masuku in Gabon, whose group focuses on number theory, cryptography and allied fields; E. M. Lungu of the University of Botswana, whose group studies mathematical biology, random differential operators, geometry and topology; and Diaraf Seck of the Université Cheikh Anta Diop de Dakar in Senegal, whose group studies the mathematics of, for example, coastal erosion, urban networks, and cancer models. The research teams have established collaborations across Africa, as well as in the United States, Singapore, Canada and several European countries.

Ezome is the only researcher in his field in Gabon, he said, and his collaborator Patrick Rabarison of Madagascar is in a similar situation. Both researchers studied in France, together with four other members of their research group who have not yet returned to Africa. “The Simons Foundation funds will help us to develop research in our own universities,” he said. “One of our objectives will be to be able to advise African Ph.D. students in African universities.”